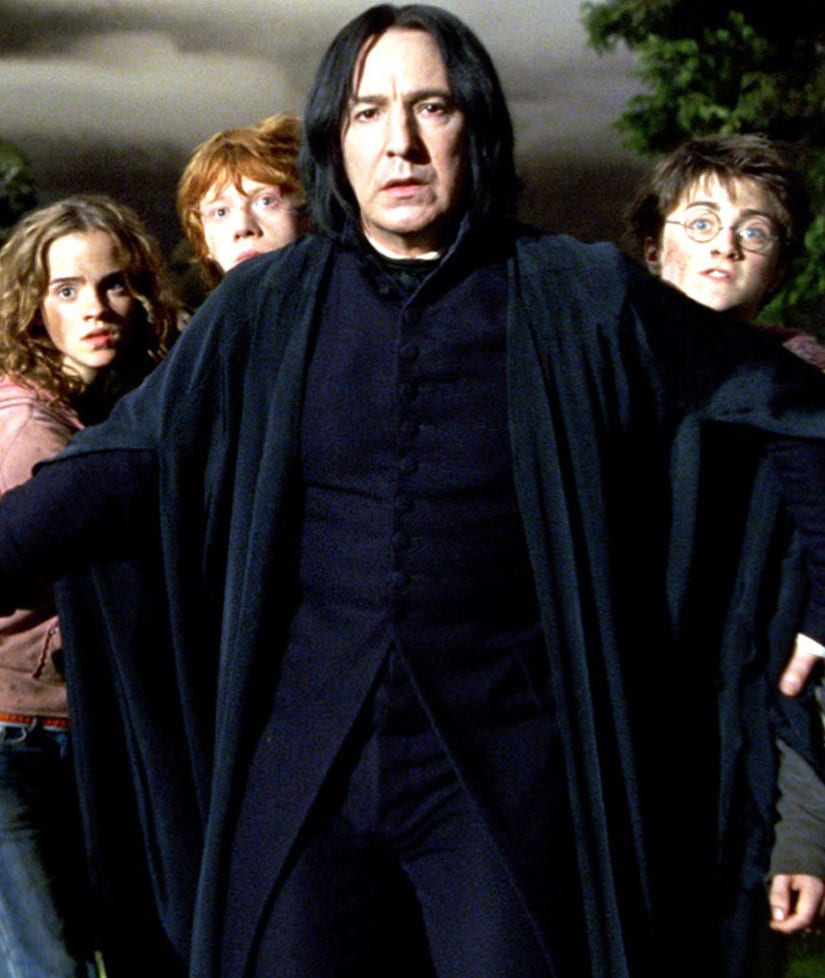 Daniel Radcliffe is speaking out about late costar, Alan Rickman, who passed away Thursday at the age of 69 after a battle with cancer.

"Alan Rickman is undoubtedly one of the greatest actors I will ever work with. He is also, one of the loyalest and most supportive people I've ever met in the film industry," Radcliffe, who starred alongside Rickman in the "Harry Potter" films, writes on his Google Plus page. "He was so encouraging of me both on set and in the years post-Potter. I'm pretty sure he came and saw everything I ever did on stage both in London and New York. He didn't have to do that. I know other people who've been friends with him for much much longer than I have and they all say 'if you call Alan, it doesn't matter where in the world he is or how busy he is with what he's doing, he'll get back to you within a day.'"

"People create perceptions of actors based on the parts they played so it might surprise some people to learn that contrary to some of the sterner(or downright scary) characters he played, Alan was extremely kind, generous, self-deprecating and funny," Radcliffe continues, referencing his sullen or villainous turns as Professor Snape, Hans Gruber in "Die Hard" and Sheriff of Nottingham in "Prince of Thieves." "And certain things obviously became even funnier when delivered in his unmistakable double-bass."

"As an actor he was one of the first of the adults on Potter to treat me like a peer rather than a child," Daniel adds. "Working with him at such a formative age was incredibly important and I will carry the lessons he taught me for the rest of my life and career. Film sets and theatre stages are all far poorer for the loss of this great actor and man.﻿"

"I'm very sad to hear about Alan today," she writes. I feel so lucky to have worked and spent time with such a special man and actor. I'll really miss our conversations. RIP Alan. We love you."

"There are no words to express how shocked and devastated I am to hear of Alan Rickman's death. He was a magnificent actor & a wonderful man," she writes. "My thoughts are with Rima and the rest of Alan's family. We have all lost a great talent. They have lost part of their hearts."

Matthew Lewis, who played Neville Longbottom in the franchise, also posted the below on Instagram:

Additional reactions from the series' stars below:

So terribly sad to hear of the passing of Alan Rickman. Honoured to have shared the screen with him. #Marvin #Snape He'll be sorely missed.

Shocked & sad to hear Alan Rickman has passed away. One of the nicest actors I've ever met.Thoughts and prayers with his family at this time

Terribly sad news about the passing of Alan Rickman. A funny and engaging person who put a shy young actor at ease when I was on HP.

Devastated to hear about the passing of Alan Rickman. I had the pleasure of working with him on my first movie. A true legend and gentleman.

Heartbreaking news about lovely Alan. Nobody else could be as hilarious, tragic, terrifying & truthful all at the same time#RIPAlanRickman