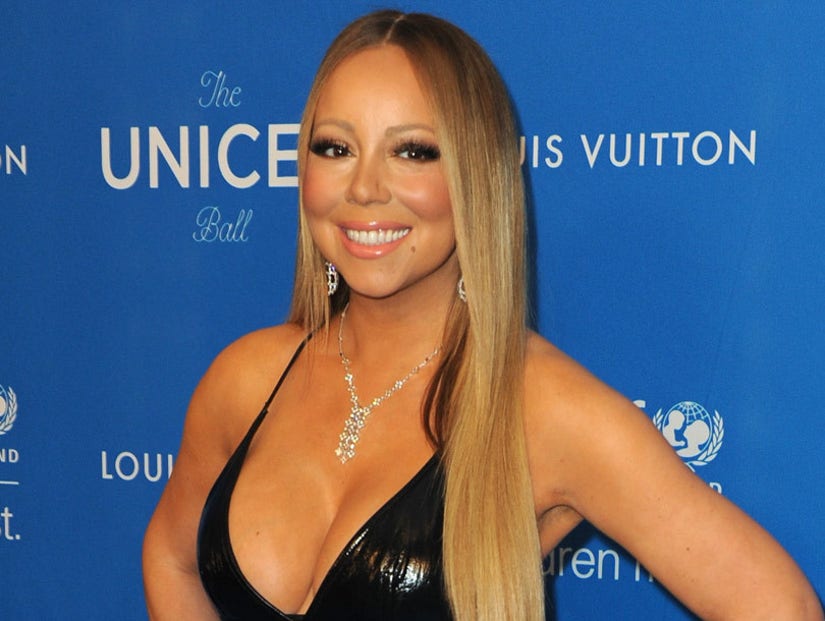 With Mariah Carey accepting another marriage proposal, it's time to take a closer look at that ring of hers -- and how it stacks up against the ones she got from exes Nick Cannon and Tommy Mottola.

The singer's new fiance, James Packer, popped the question with a 35-carat diamond and platinum ring from jewelry designer Wilfredo Rosado. As Vogue points out, the sparkler is bigger than the famous Elizabeth Taylor Diamond, a 33-carat rock Liz got from husband Richard Burton, as well as Beyonce and Kim Kardashian's rings combined.

Yeah, this guy did goooood.

Check out the evolution of Mariah's engagement/wedding rings above.

While we don't know much about her stone from first husband Tommy Mottola, the wedding ceremony was incredibly over-the-top. The Sony Music head reportedly spent $500,000 on the event, which was modeled after Prince Charles and Princess Diana's big day.

You can get a glimpse at her ring above. After saying "I do" in 1993, she'd file for divorce four years later.

Next up, Nick Cannon.

The "Wild & Out" star gave Mimi a gigantic, $2.5 million sparkler from Jacob & Co. The 17-carat emerald-cut center diamond was surrounded by 58 pink diamonds, making for quite the statement piece.

Looking at the side-by-side above, which one is your favorite? Sound off in the comments below!