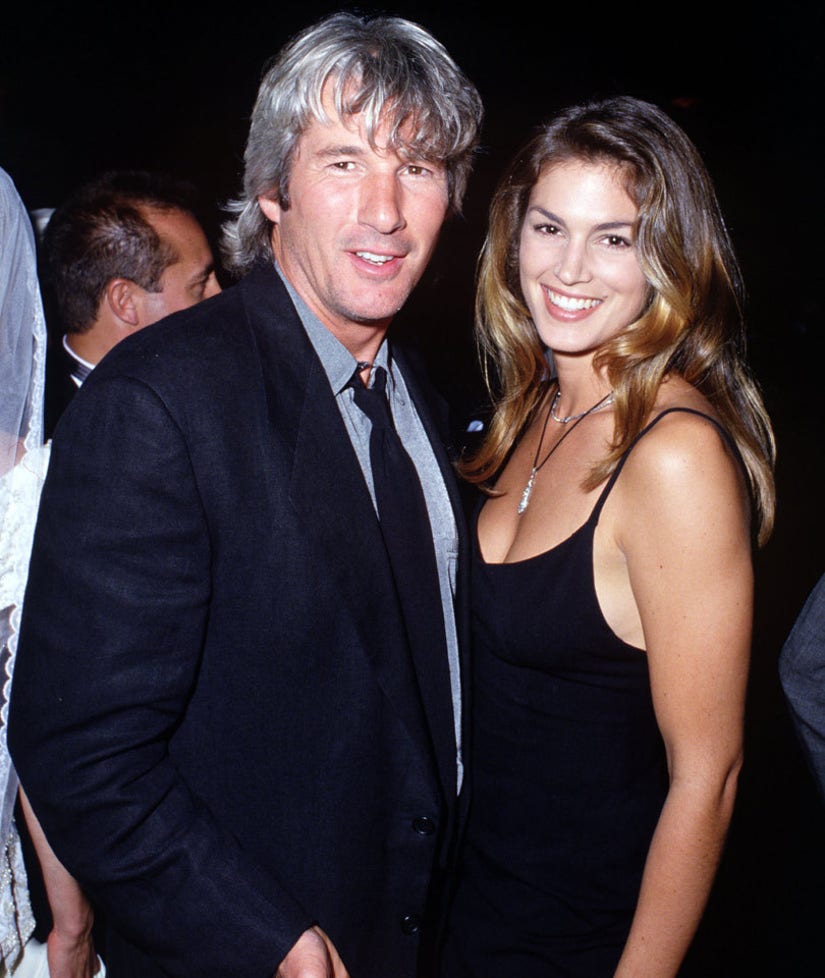 Cindy Crawford is getting extremely candid about her ex-husband Richard Gere.

The model opened up about heir failed marriage during an appearance on Marc Maron's WTF Podcast last week, where she revealed that the high-profile pair weren't as close as we may have thought.

When Marc asked the 49-year-old beauty if she is still close with the "Pretty Woman" actor -- who she was actually married to from 1991-1995 -- she said they're friendly-ish.

"We're friendly, but I think it's almost like he's gone back to being, like, 'Richard Gere' again, like a stranger, because we don't really see each other that much," she explained.

"I think part of the problem in our relationship was that we were a lot of other things, but I don't know if we were ever friends - like peers, because I was young, and he was Richard Gere," she confessed.

Though Cindy did a lot of growing during their marriage, ultimately it didn't last. "And then, as I started kind of growing up and growing into myself - it's hard to change the nature of a relationship once you're already in it," she said of why things didn't work out.

Crawford has since married Rande Gerber, who she shares two children with. The couple will also be celebrating their 18th wedding anniversary in May.

"I think why Rande and I really work is that we were friends first," Cindy declared. "I never pretended to like baseball or meditation or whatever the version is."

What do you think about the model's candid comments? Sound off below and check out the gallery above to see more shocking celebrity splits!