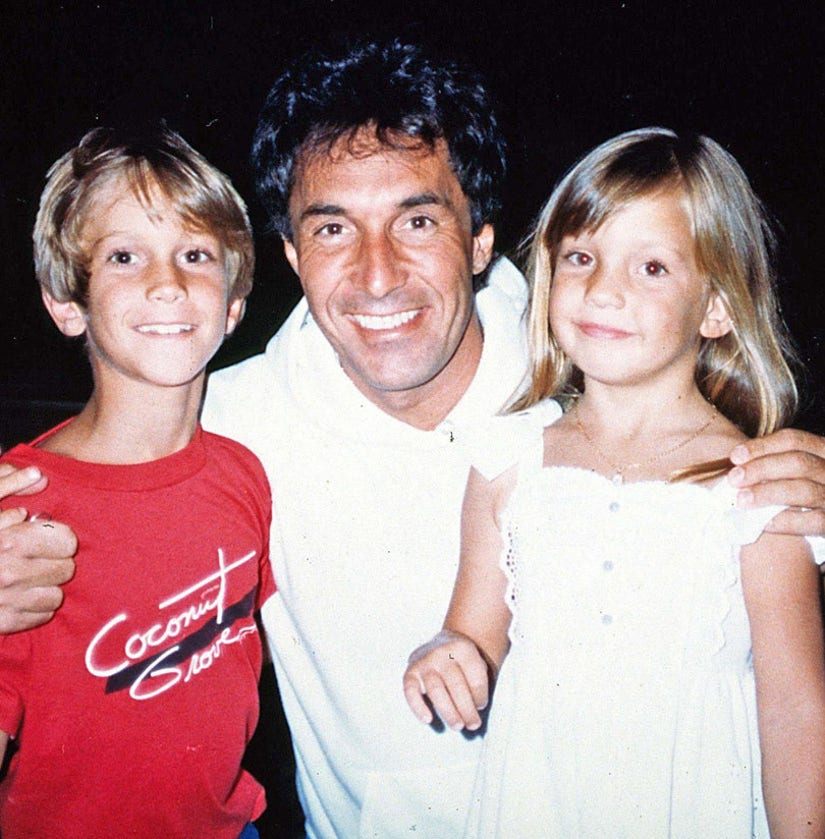 Kate Hudson says being "abandoned" by her bio-dad Bill Hudson worked out for the best.

In a new interview with Jenny McCarthy, the "Kung Fu Panda 3" star opened up about her relationship (or lack thereof) with her father/Goldie Hawn's ex-husband. Goldie and Bill reportedly split in 1980, right after Kate was born and four years after welcoming son Oliver together. They were officially divorced in 1982.

"I think we both probably suffered differently and very similarly to anybody who feels abandoned by a parent," the now-36-year-old actress said on McCarthy's SiriusXM show "Dirty Sexy Funny" on Thursday.

"We can have a sense of humor about it together," she added. "We can laugh at the challenges that we faced because of it ... together. To be honest, our dad, who we don't know very well, is really funny. So, it's funny because, it's a catch-22. There's a part of that, our dad actually, from what I remember when we were younger, had a great sense of humor. When we laugh about our father, we go, 'We probably got that from him.'"

That sense of humor peeked its ugly head when Oliver memorably shared a photo of him, Bill and Kate on Father's Day last year, captioning the photo, "Happy Abandonment Day." Bill didn't find it that funny at the time, though Oliver later revealed the two have started to mend their relationship.

"Life is funny. I just feel so lucky. I feel like it was a blessing," Kate explained to McCarthy. "No matter what he goes through, I'm all forgiveness."

Hawn partnered up with Kurt Russell shortly after her split from Hudson and have been together ever since. It's Russell both Kate and Oliver consider their father.