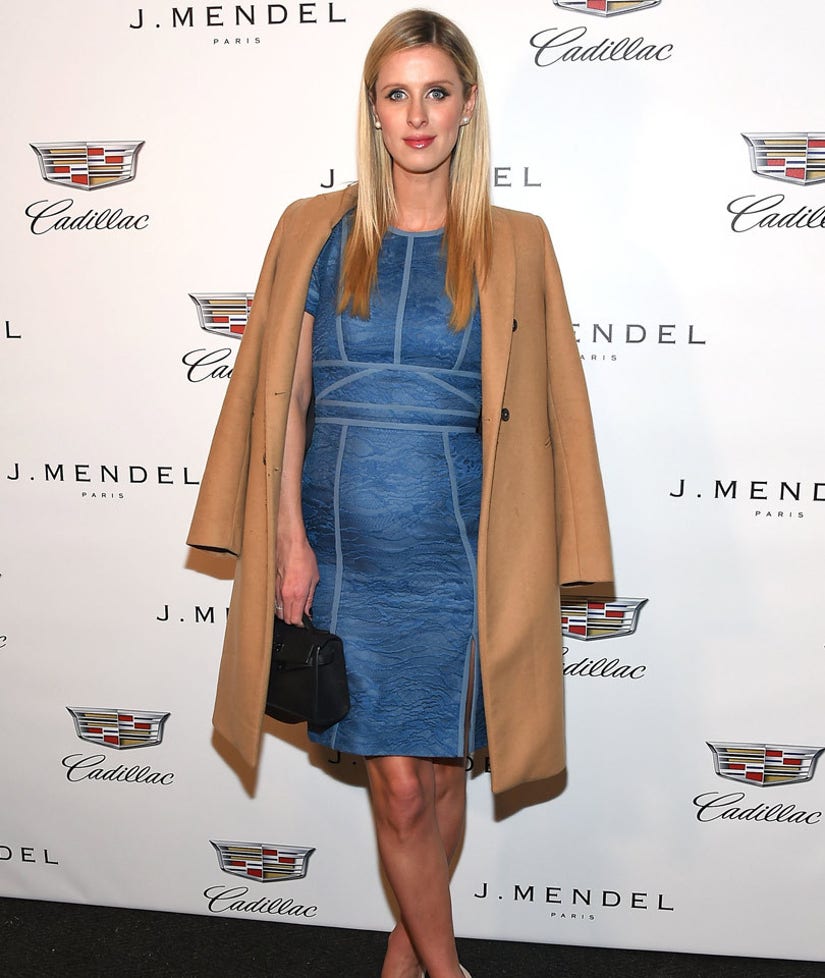 The 32-year-old stepped out on Thursday for the J. Mendel fashion show during New York Fashion Week and dressed up her growing belly in an adorable frock.

The hotel heiress rocked a blue lace sheath dress by the designer and paired the look with a camel colored coat, the Hermes Kelly bag and a pair of nude pumps. She kept her hair straight and finished the look with a simple pair of pearl earrings.

News broke that the star was expecting her first child with husband James Rothschild last month, and she has been spotted out and about sporting a barely noticeable bump. Now it looks like her belly has officially popped!

While the "365 Style" author hasn't been very vocal about her pregnancy, her sister Paris Hilton recently opened up about the happy news and revealed that she's very excited to be an aunt.

"She's so tiny right now you can't even tell [she's pregnant]," Paris told PEOPLE at the amFAR Gala in New York. "Usually you can tell with the size if it's maybe a boy or girl, but we have no idea — and they want it to be a surprise."

How adorable does Nicky look? Sound off below then click "Launch Gallery" for more expecting stars!