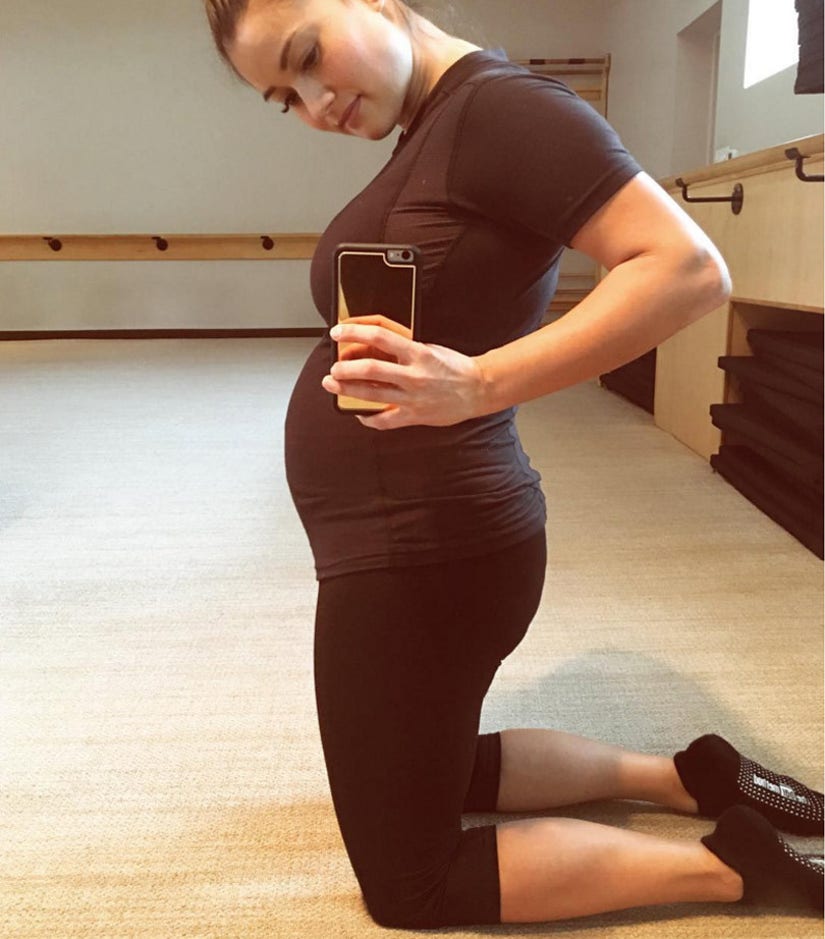 The "Bachelor" alum took to Instagram over the weekend and shared a new photo of her growing baby bump while at a barre class.

"Awww my baby's first time at a bar. Growing up too fast!" she captioned the pic.

In the photo, the 29-year-old shows off her growing belly in workout clothes as she snaps a photo inside a studio.

The reality star and her husband Sean Lowe revealed they were expecting their first child back in December, nearly three years after finding love on season 17 of the hit ABC dating series.

The thrilled dad-to-be announced the news on his Instagram page along with an adorable photo of him and Catherine with his hand on her stomach.

How adorable is Catherine's bump? Sound off below then click "Launch Gallery" for more expecting celebs!