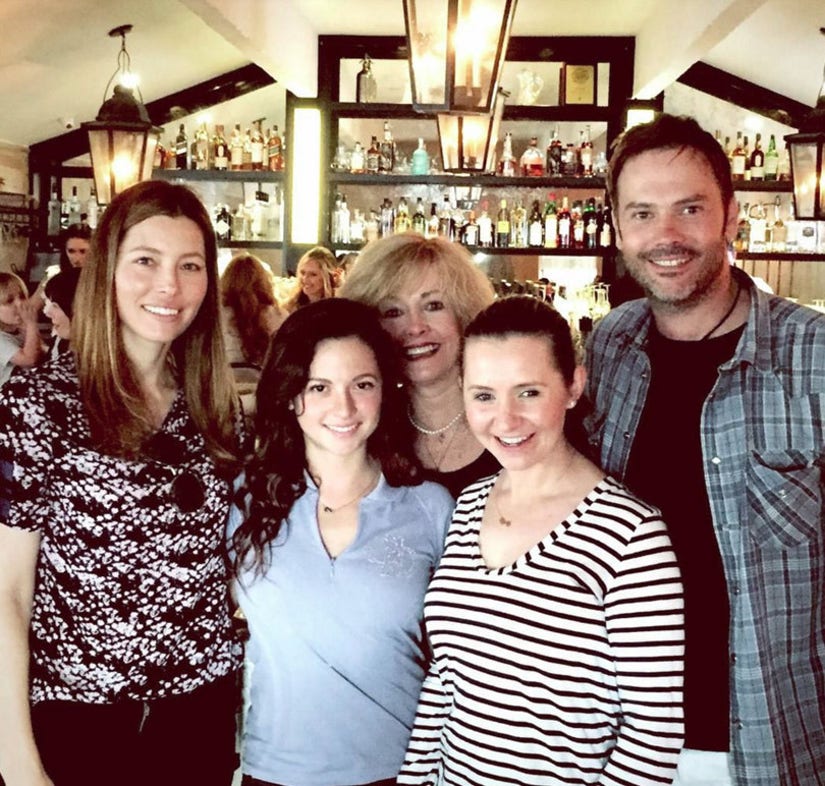 Jessica Biel and Beverly Mitchell are still as close as ever!

The pair starred on "7th Heaven" almost 10 years ago and have remained friends ever since. Now that Mitchell and her former on-screen sis are both moms, they have even more to bond over.

The 35-year-old actress revealed that her 2-year-old daughter Kenzie and son Hutton, 13 months, are already having play dates with Jessica and Justin Timberlake's son Silas!

"Silas and Hutton are 10 weeks apart!" she told US Weekly at the Biggest Baby Shower Ever preview in LA on Tuesday. "It's always fun when your best friend has a baby around the same age … It's fun to be able to share the adventures together."

The actress welcomed her first child last April and while Mitchell has two children, she insists her former costar doesn't need any parenting advice.

"She's got this," she said. "I think the biggest thing is that every mom does things differently, so it's about owning your own way of being a mom."

"So much fun supporting our girl @JessicaBiel on the launch of her amazing new restaurant @aufudge! Love these people like family! #nothinglikefamily #7thheavenforever #aufudge #familyfriendly #getfudgedup," Mitchell captioned a cute photo of the group.

What do you think of Beverly's candid comments? Sound off below then click "Launch Gallery" for more WB stars then and now!