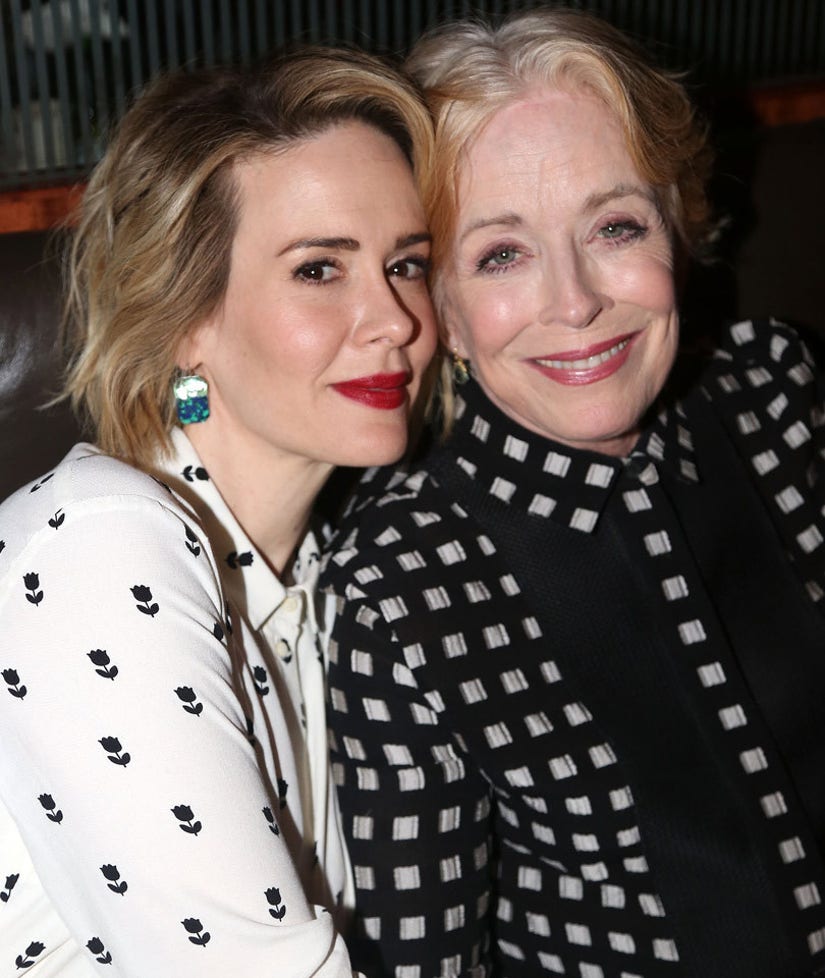 If you've been watching FX's "The People v. O.J. Simpson: American Crime Story," you know Sarah Paulson's been knocking it out of the park as prosecutor Marcia Clark. But her dating life is as fascinating as her work!

Sarah, 41, gave an interview in Wednesday's New York Times, where she got super candid about dating 73-year-old actress Holland Taylor.

When she first met Holland, who's best known for her Emmy-winning turn as a judge on "The Practice," Sarah considered her "probably the most exquisitely beautiful woman I'd ever seen."

The age gap wasn't really a big deal for Paulson, who previously dated Cherry Jones, a woman 18 years her senior.

"I had a complicated home life," she explains, "and my teachers, predominantly my theater teachers and my English teachers, were very dedicated to taking care of me in a particular way. I think I developed a very easy rapport with people older than myself."

Sarah insists that she doesn't want to confine herself to only dating a particular gender. But, "What I can say absolutely is that I am in love, and that person happens to be Holland Taylor."

Paulson also opened up about what it was like when she first met the real Marcia Clark while prepping for her "People . O.J" role.

Over dinner and tequila at the Four Seasons, Sarah says she developed "an incredible sense of kinship" with Marcia.

Sarah has a slightly different take on the trial. "To me," she muses of the woman she's playing, "her biggest mistake was being so ill prepared for the onslaught of circus activities surrounding the trial."

And what about the circus activity happening on top of Marcia's head?