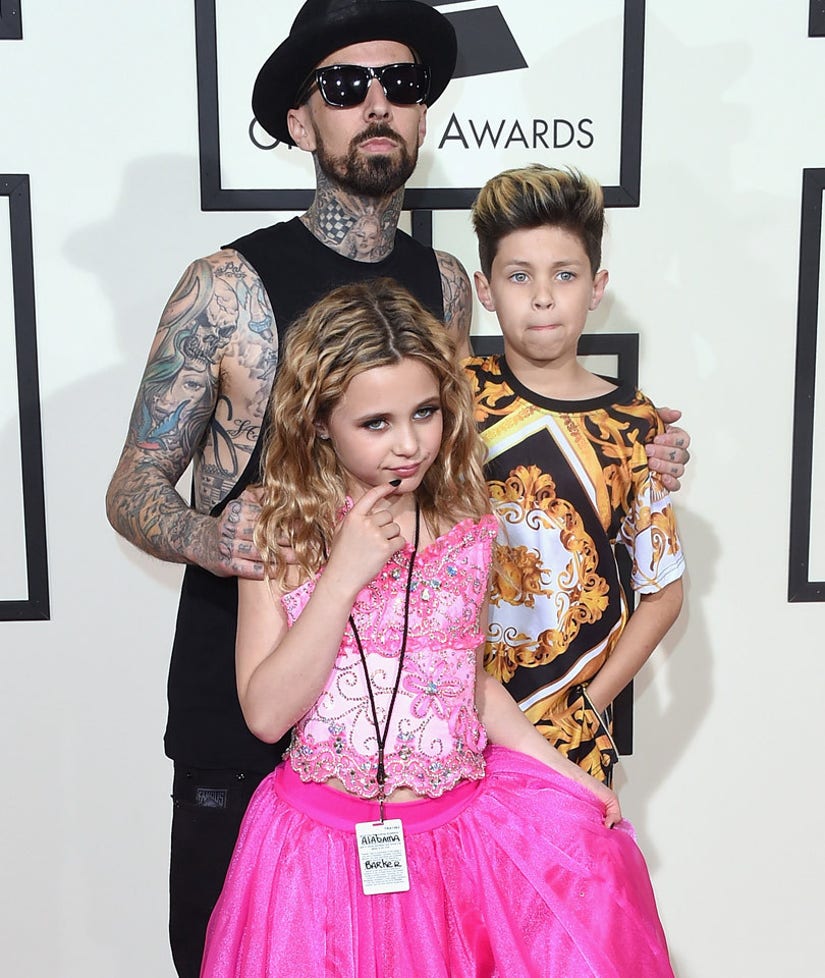 We've already dubbed Travis Barker and Shanna Moakler's children as two of the coolest kids in Hollywood -- but that comes with its concerns.

Alabama Barker, 10, and Landon, 12, have already amassed over 150,000 followers on Instagram between them, the cute duo regularly sharing photos of their unique sense of style with their legions of fans. And while the two are probably loving the likes that come in on their photos, their father says he's always on the lookout for "creeps" in the comments.

"With what I do, I'm already in the public eye. If I don't post a picture, there's some creep paparazzi taking pictures of us entering a grocery store or going to the Commons where we live in Calabasas," he says of the attention already on his family, who starred on their own reality show, "Meet the Barkers" back in 2005.

"Them having Instagrams is really not harmful," Barker explains in an interview with Tim Mihalsky and Ashleigh Speidel on The Melting Pot on iHeartRadio this week. "Do I check them all the time and regulate? There are creeps. I've caught guys going like 'I'm so in love with your daughter' and even the same thing with my boy. Just weirdos!" 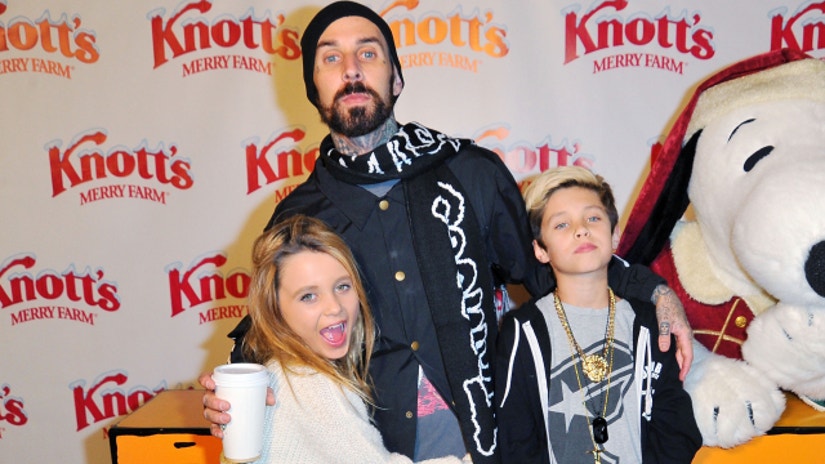 "For them, they don't see any harm in it," he adds. "They're like, 'Oh I went to the beach, I'm going to take a picture.' 'Oh, I went to dance class, I'm gonna take a picture.' I don't believe in sheltering your kids, so when they turn 18 and you unleash them, they don't know what's up. My kids have been on tour with me since two. They're more street smart than most kids and it's good. As long as our regulate your kids' Instagram, it's cool."

"God forbid something happen to me and they don't know what's up and I didn't teach them," the plane crash survivor adds.

Alabama and Landon regularly join their father at public events as well -- and even attended the Grammy Awards with him earlier this year.

"I do take them down red carpets with me because they are musicians and I don't really have that amazing female in my life that I would take to these things," Barker, who split from Moakler in 2008 and was briefly linked to Rita Ora, continues.

"I like them to see the glamorous side of music and the not-so-glamorous side, which might be countless hours of practice or doing a tour that isn't lavish," the Blink-182 drummer also reveals. "They've seen both sides."