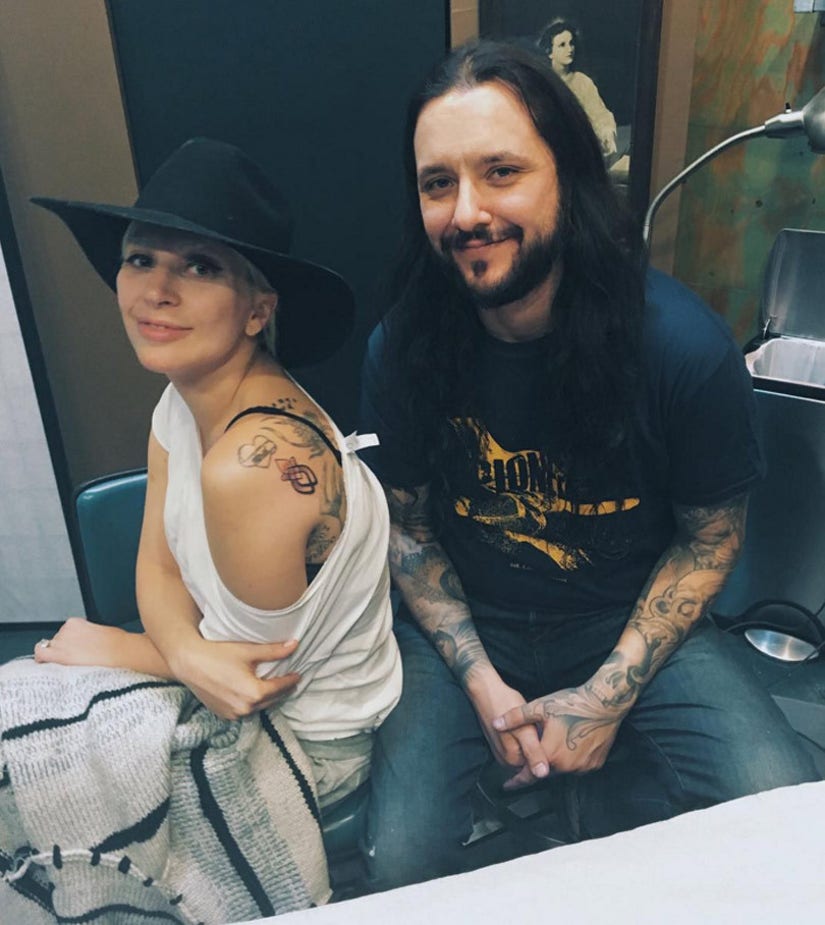 The Mother Monster got matching tattoos with the sexual assault survivors she shared the stage with during her moving performance of "Til It Happens to You" at the Oscars on Sunday. She wrote the track for "The Hunting Ground," a documentary about campus rape.

According to her tattoo artist, David Allen at Pioneer Tattoo in Chicago, the new tat is a symbol of unity.

The "Born This Way" singer documented the entire process on Snapchat, where she revealed that she and the survivors made a pact to get inked.

Several of the 50 survivors who performed with Gaga took to social media to share their own tattoos. Check them out below! 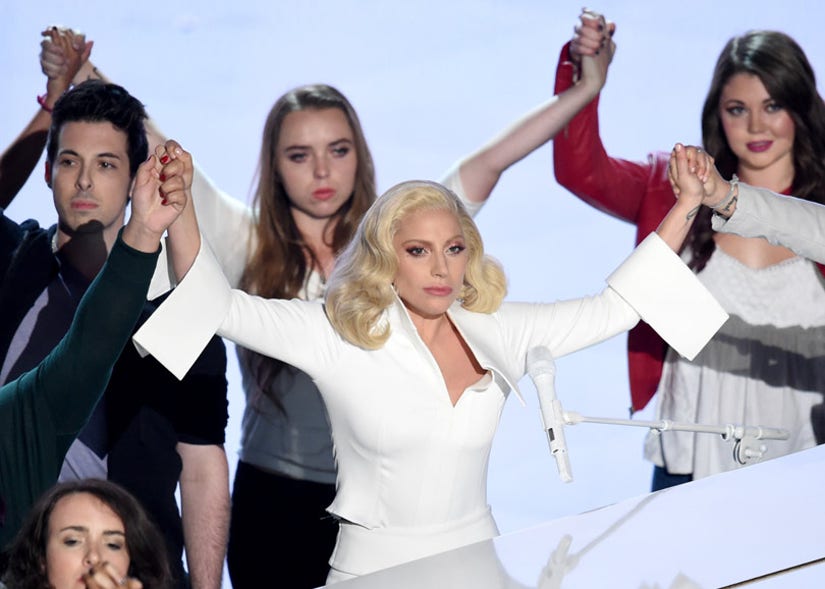 After the pop star's performance, she shared a heartfelt message with those survivors.

"They told me they were there for me to support me because they believed this message needed to be heard. Without them I never could have felt strong," she wrote on Instagram. "They accepted me for me, at my lowest and that was good enough for them, so somehow through the magic of their courage they made it good enough for me too."