Chrissy Teigen's got a new 'do!

The 30-year-old is the latest star to join the celebrity lob club and took to Instagram on Tuesday night to show off her new cut and her adorable baby bump!

"New cut!! Asked for the khloe-rosie, side of chrissy khlosey and @jenatkinhair knew exactly what I meant," she captioned the post.

In the clip, John Legend's other half bops around in a black bralette and maternity leggings while showing off her new look and bare bump. The star previously rocked long blonde hair and credits celebrity hairstylist/Kardashian bestie Jen Atkin with her makeover. 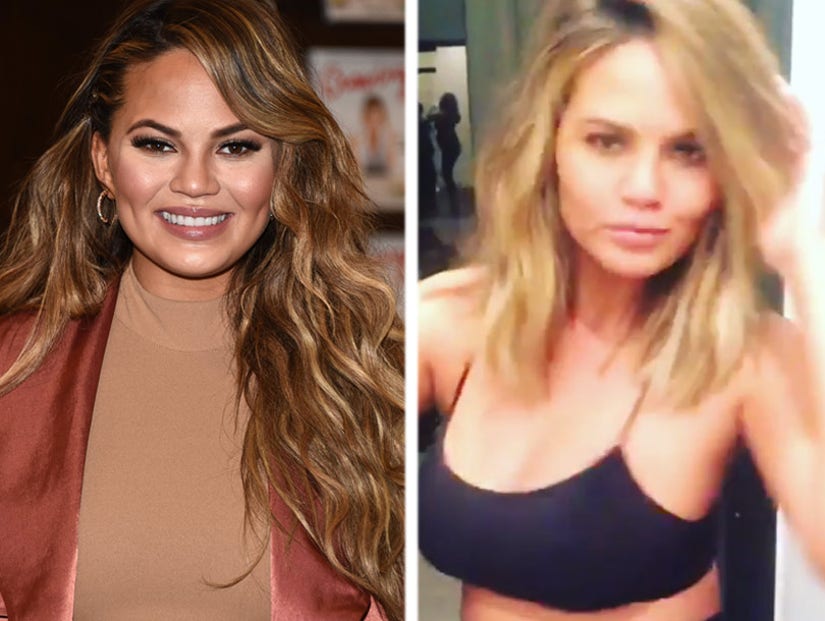 The model isn't the first star to chop her locks into the trendy cut. Chrissy modeled her lob after both Khloe Kardashian and Rosie Huntington-Whiteley.

Teigen and the "All of Me" singer will welcome their first child together next month. The "Cravings" author recently got candid about her big plans for growing her family.

"I think I'll probably be pregnant all through my 30s," she told Self magazine. "I've always pictured everyone around the table for the holidays and together once a week. It'll be heartbreaking if it doesn't end up happening, but hopefully it will. We've got some embryos on hold."

What do you think of Chrissy's new look? Sound off below then click "Launch Gallery" for more star's who've chopped their locks!