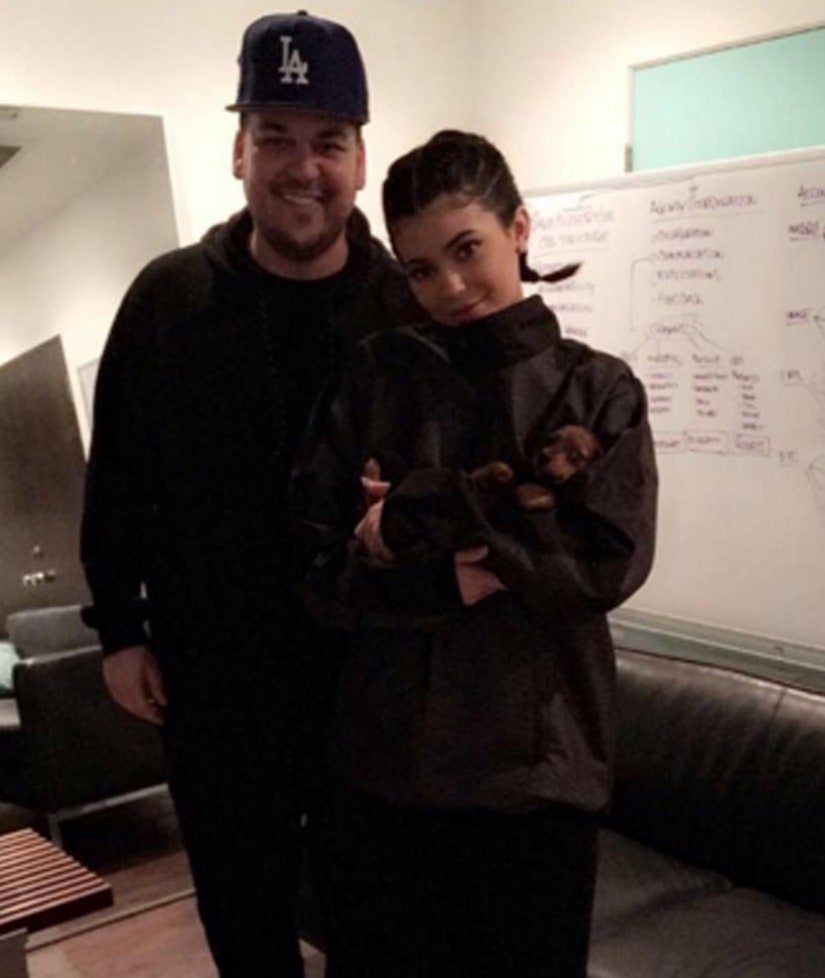 Kylie Jenner appeared in a new Snapchat video with brother Rob Kardashian on Tuesday. The brother-sister duo were all smiles as they posed for a video on pal Nicky Diamond's account.

Though we've rarely seen Rob out with his sisters -- especially since Rob started dating Kylie's boyfriend Tyga's baby mama, Blac Chyna -- it looks like the siblings have put their feud behind them.

Kylie and Rob also appeared in a second video on Diamond's feed, where the 28-year-old was spotted chatting with his little sister from the driver's seat of her car.

Though fans were pretty surprised to see Rob and Kylie together, especially since Kardashian's been linked to Chyna, Kylie took to her Twitter to defend their hangout. "I see him all the time chill," she tweeted.

Blood is thicker than water!

What do you think about Kylie and Rob's recent get-together? Sound off below and check out the gallery above to see more candid Kardashian/Jenner family photos!