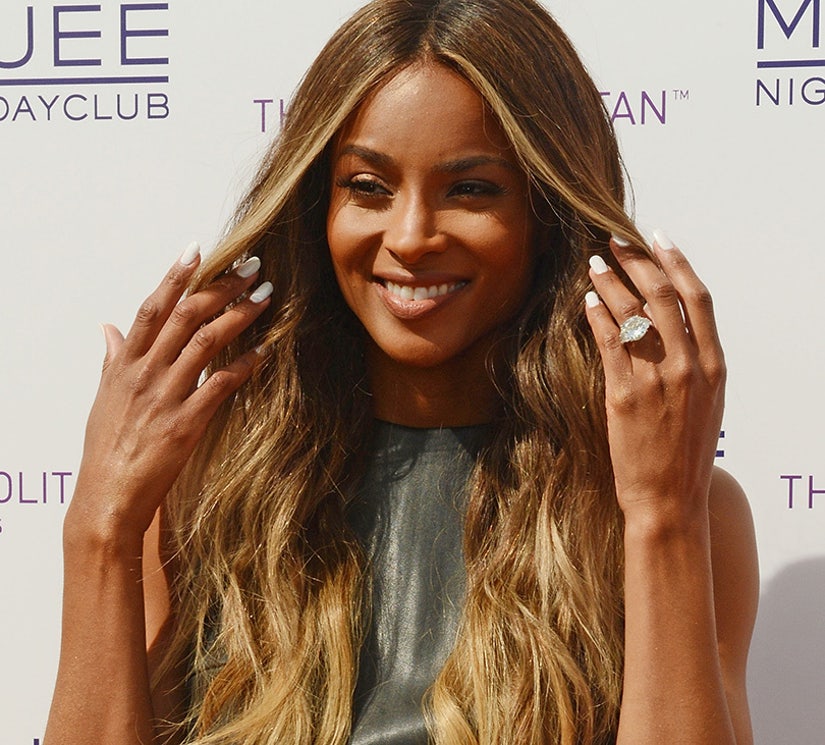 On Saturday, Ciara and Russell Wilson did their first public event since getting engaged earlier this month -- where the singer made sure to flash her ginormous engagement ring as much as possible.

The sexy star hit the red carpet solo at the grand opening of the Marquee Dayclub at The Cosmopolitan of Las Vegas over the weekend, looking unbelievably sexy in a black leather top, black and tan leather mini and gladiator sandals.

She wore her obmre hair in loose waves and showed off her massive sparkler. Take a closer look at that thing:

The ring is a rumored 16 carats.

She was later joined by her new fiance inside the Dayclub, as the two posed for photos together during the event.

The Seattle Seahawks quarterback popped the question during a vacation in Seychelles. 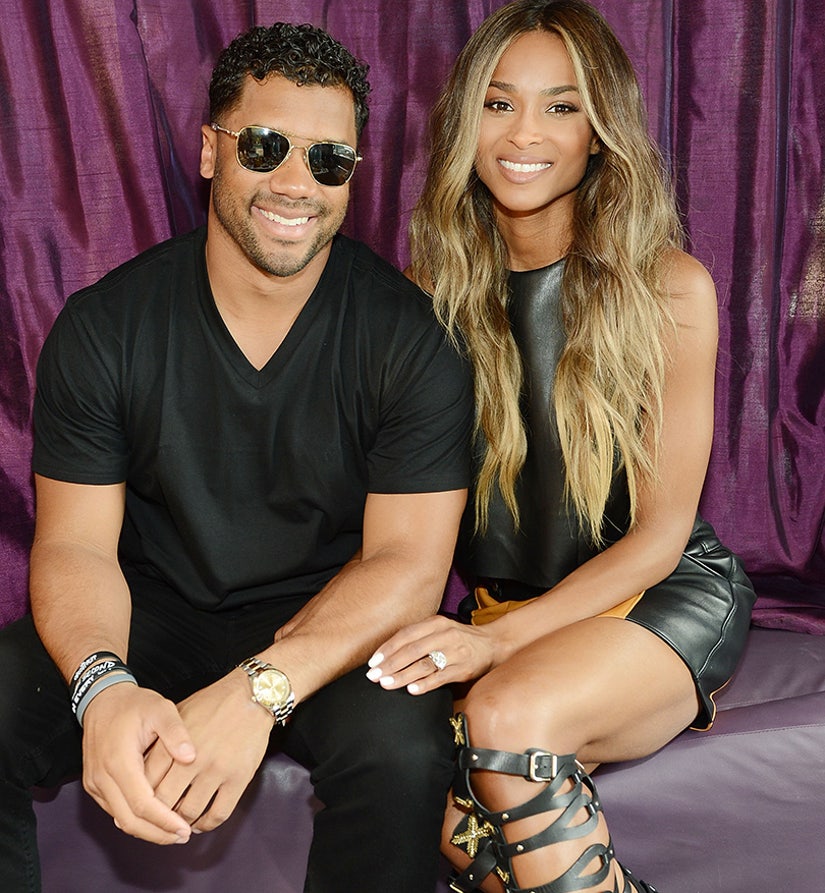