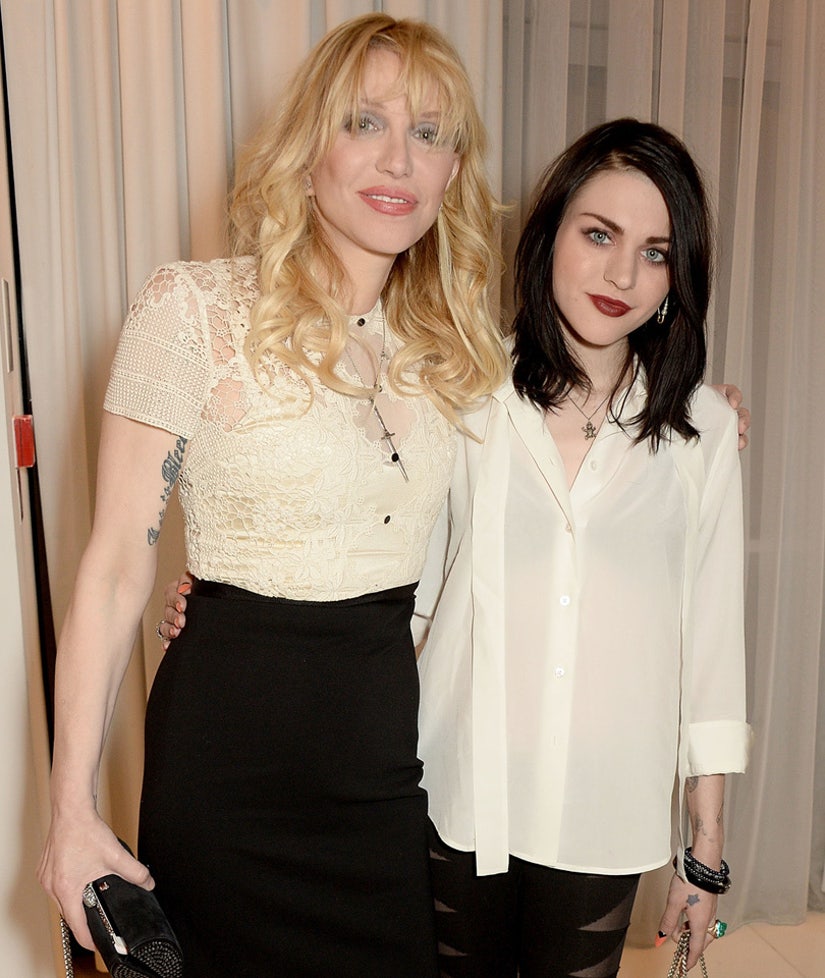 Courtney Love and daughter Frances Bean Cobain attended a special In Conversation event, part of the "Women in Creativity" series, on Monday in London, England.

Love stunned at the event wearing a lace top and a black pencil skirt, while her daughter Frances looks equally gorgeous wearing a white button down blouse and black leggings.

The Hole singer and Frances recently worked together on a documentary about Kurt called, "Kurt Cobain: Montage of Heck."

Frances likewise got extremely candid about her father during an interview with Rolling Stone last year while promoting the movie.

"Kurt got to the point where he eventually had to sacrifice every bit of who he was to his art, because the world demanded it of him," the 23-year-old told the mag. "I think that was one of the main triggers as to why he felt he didn't want to be here and everyone would be happier without him."

Of course, Frances does wish her father was here today though. "In reality, if he had lived I would have had a dad. And that would have been an incredible experience," she said.

Despite Courtney not being invited to Frances' wedding last year, it's great to see them together and happy again. What do you think about their stylish appearance? Tell toofab in the comment section below and check out the gallery above to see more stunning celebrity offspring!