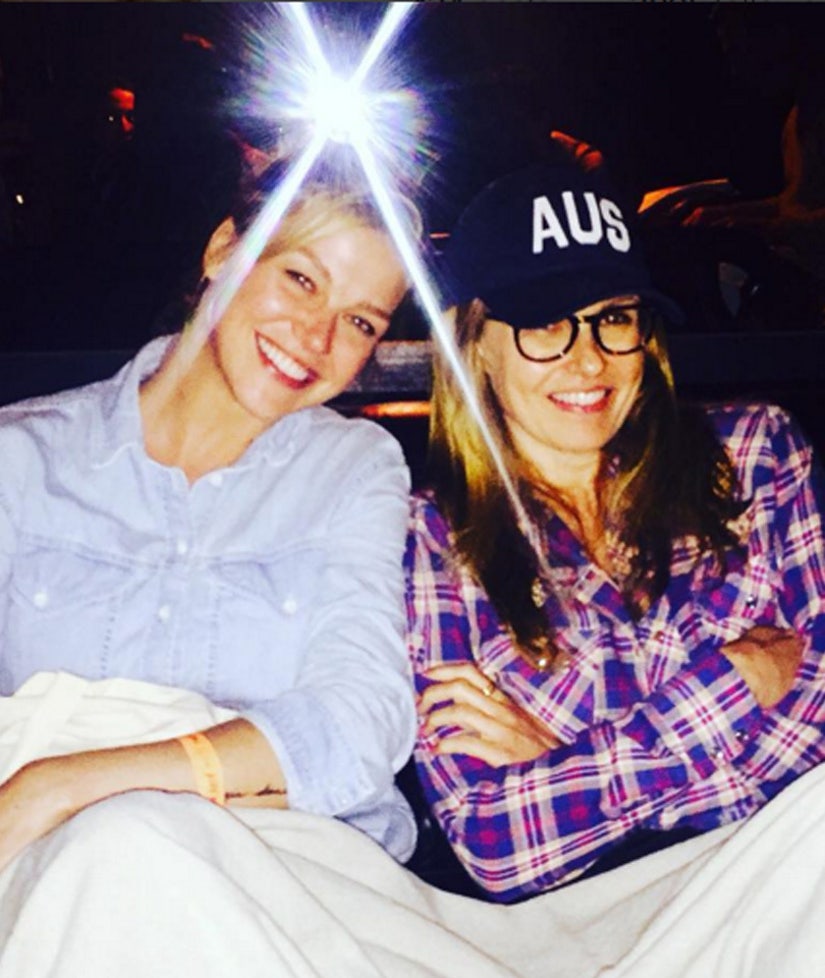 Connie Britton recently reunited with her "Friday Night Lights" costar Adrianne Palicki, and shared a shot of their get-together via Instagram on Wednesday.

In the cute candid, Adrianne and Connie both look gorgeous sporting minimal makeup while snuggling under a white blanket together.

"Nothing better than reuniting with this one...in Austin, TX no less!" Britton posted with the picture. "A friendship that stands the test of time and place. And congrats @adriannepalicki on finishing out a great #Marvel adventure...and all that lie ahead! #wcw."

Since working on the show together, Palicki snagged a role on Marvel's "Agents of S.H.I.E.L.D.", and while her character exited the series on Wednesday night, she'll reprising her role on the spinoff, "Marvel's Most Wanted." Britton's been busy lately too, having recently appeared on "American Crime Story: The People v. O.J. Simpson" and starring on ABC's "Nashville."

Though the beloved football drama wrapped in 2011, it's great to see that the 32-year-old beauty and 49-year-old actress are still super close!

What do you think about their casual reunion? Tell toofab in the comment section below and check out the gallery above to see the rest of the "FNL" cast then and now!