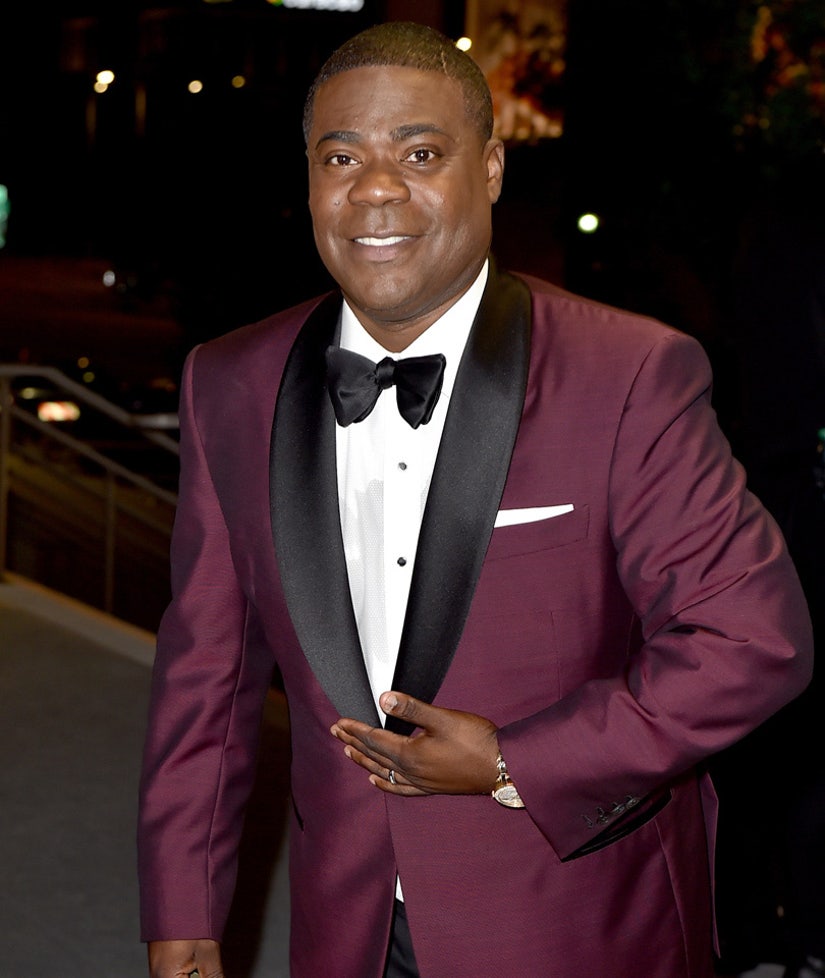 Tracy Morgan's launching himself headfirst back into showbiz!

The 47-year-old comedian is on tour, playing Redd Foxx in a Richard Pryor biopic by Lee Daniels, doing a pilot for FX, and altogether relishing his return to the spotlight.

But the "30 Rock" icon had a long road to recovery after being in a heavily publicized six-vehicle car crash in 2014.

"A doctor said, 'The two biggest accidents in the world was yours and Princess Diana,'" Morgan told Rolling Stone magazine in a new interview.

Morgan believes that during his eight-day coma, he visited Heaven, where his late father "said, 'Go home, son. I ain't ready for you yet.'"

But the problems didn't end when he came to. As if nearly a week of blindness, a limp that persists to this day, and every bone in his face getting broken wasn't bad enough, Tracy also lost comedian Jimmy Mack, a longtime friend who died in the accident.

"My thoughts – I was in a very dark place," Morgan recalled. "I was sitting right here, contemplating suicide. I couldn't walk." He made sure to convalesce as an outpatient, so that in case he died, he'd be "in the house with my family."

Even when he got a reputedly gigantic settlement from Walmart (the crash involved one of their vehicles), it led to safety issues.

At one point, fellow comic Damon Wayans gossiped that the actor had picked up a cool $90 mill on the deal. Morgan's retort? "I don't even know you, homey. Why are you endangering my family? Pick some f--king number out of the air?"

Yet once Morgan was ready to plunge back into the business -- hosting "Saturday Night Live" in October, 2015 -- his old friends welcomed him with open arms.

His tour's been a whirlwind. He jets from city to city in a private plane, and asked if he can afford it, he responded, "Um, yeah. I think."

But he's remained a family man. When a female fan came onto him backstage during this tour, he gruffly told her, "My wife don't allow that bullshit."

And we're thrilled we still get to see him!