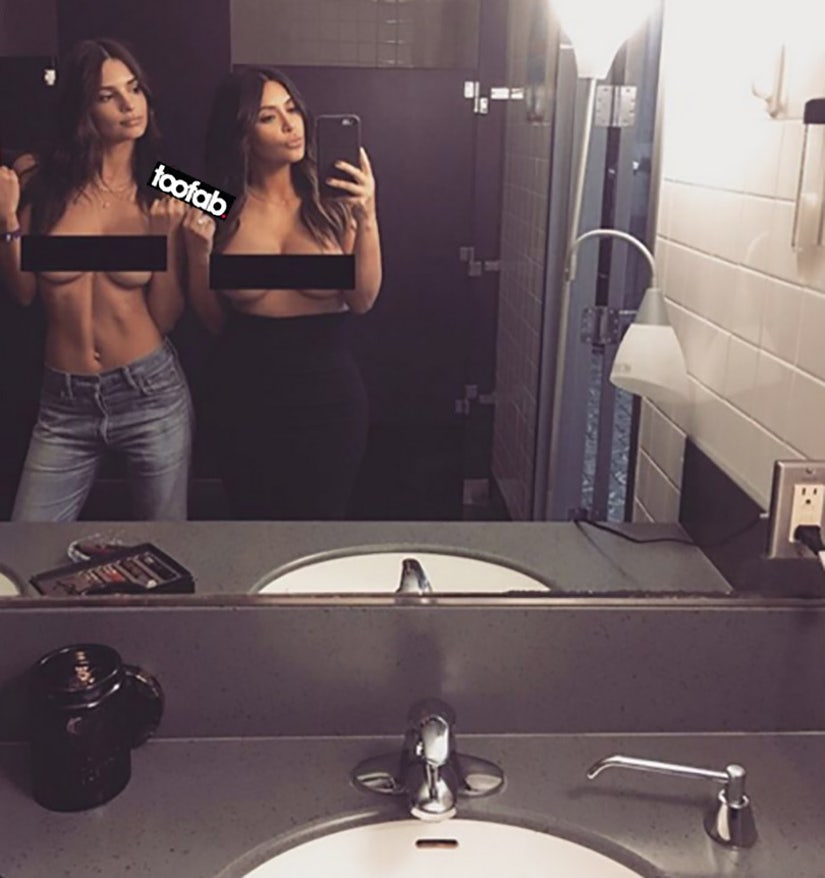 Kim Kardashian just poked fun at her own nude photo ... and this time, she's got some company.

The reality TV star posted a brand new photo on Instagram moments ago, where she and model Emily Ratajkowski are seen taking topless selfies in a bathroom mirror.

The caption: "When we're like...we both have nothing to wear LOL @emrata."

That, of course, is a reference to the naked pic seen 'round the world, which Kim shared a few weeks back with the caption, "When you're like I have nothing to wear LOL."

The "Gone Girl" star posted the same pic on her page, captioning it, "We are more than just our bodies, but that doesn't mean we have to be shamed for them or our sexuality. #liberated."

Ratajkowski was one of the few celebs who previously stood up for Kim's right to express herself in as little clothing as she desires.

"Love when a man comments on a woman's decision to post a nude photo. Her body, her career. Sexist bulls--t," Emily tweeted after backlash from Piers Morgan started spreading online.

Emily later shared a photo on Instagram showing a floral arrangement Kardashian sent as a thank you.

"Thank you for the beautiful flowers and note @kimkardashian," the model captioned the pic. "It's so important that we let women express their sexuality and share their bodies however they choose. 'Merely external emancipation has made of the modern woman an artificial being. Now, woman is confronted with the necessity of emancipating herself from emancipation, if she really desires to be free.' Emma Goldman."

While we have no idea why these two are hanging out now, it's clear they're both extremely comfortable in their own skin.

What do you think of the pic? Sound off below!