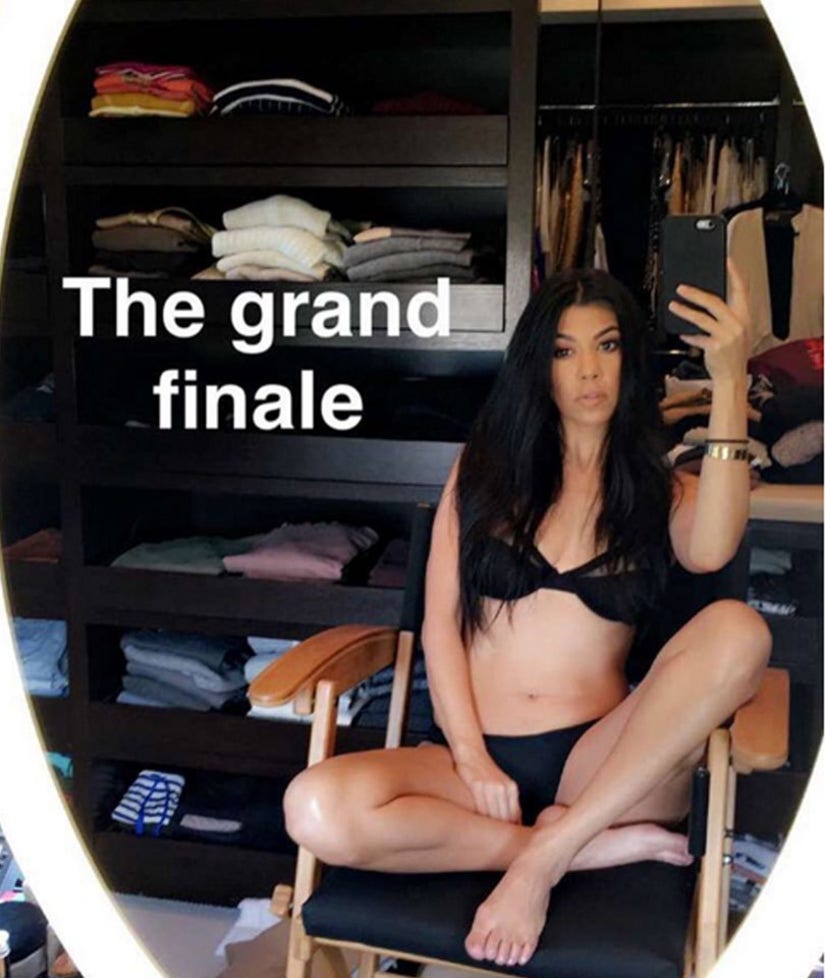 Another Kardashian selfie's lighting up the Internet! But don't worry, this one's safe for work.

In a selfie she posted to Instagram Tuesday night, Kourtney Kardashian poses in nothing but black underwear, plus what appears to be a gold bracelet and black hair tie on her arm.

The phrase "The grand finale," in white text, floats beside Kourt's head in the photo.

As the pic proves, the 36-year-old reality star has kept her body in astonishing shape lately!

And while Kourtney's figure may be petite, the lavish closet she took the selfie in certainly isn't. Despite all her personal travails, the mother-of-three obviously still knows how to live it up.

Khloé Kardashian reportedly has an E! reality show in the works called "Revenge Body with Khloé Kardashian." So, did Kourtney take some inspiration from her little sister and show off her physique as an eat-your-heart-out message to her ex, Scott Disick?

Well, to hear Scott tell it, the knives aren't out between them anymore. This week, on the Aussie radio show "Kyle and Jackie O's KIIS Show," the 32-year-old baby daddy clarified that he and she are "in a great place," and that "I'll love her to the day I die."

So that's how he feels. But how does she feel?

What do you guys think of Kourtney's selfie? Is it a dig at Scott? Let us know in the comments!