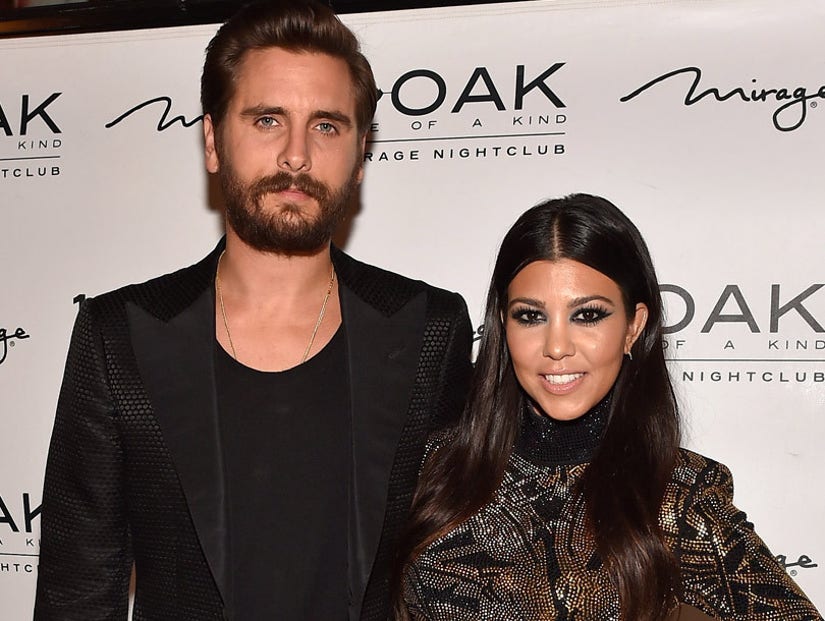 Lord Disick just got extremely candid about pretty much everything going on in his life right now -- from his evolving relationship with Kourtney Kardashain to his recent stint in rehab.

The reality TV star opened up in a phone interview with The Kyle and Jackie O Show in Australia, where they really didn't hold back when it came to probing questions.

Right off the bat, Jackie asked where Scott Disick was on the "happiness scale" right now.

"It's a good transition in my life and I'm going through some things," he revealed. "On a happiness scale, I would say in the 5-6-7 range. Which isn't terrible. I'm not too mad at a solid 7."

He added that he's not "really thinking about dating at this point in my life," while saying Kourtney is "like my best friend, I love her until the day I die."

"Am I doing alright after the breakup? I don't think anything is ever simple," he continued. "I'm not the first person in the world that's gotten separated from a significant other. We're just trying to make the best of it and life goes on. Things aren't easy, but things are going very well right now and I'm just happy we're able to be on good terms."

When pressed on whether he thinks they'll get back together, Scott was vague.

"I never thought a lot of things we're going to happen the way they did," he replied. "I don't rule anything out, I have no plans in my mind of what's gonna happen. If things are meant to be, maybe they will be. I really don't know yes or no."

"There was things we both needed to work on. As of right now, we're in a good place," added Scott. "I don't think either of us want more than where we're at."

Disick also opened up about his recent sobriety issues, as well as his time in a treatment facility.

"Life was a little crazy for a while. I needed to take a breather," he told the radio duo. "I spent some time in a really nice place in Malibu, got my head on my shoulders and then restarted life and sometimes you need a little bit of a time out."

He also revealed that, while he has been approached for his own reality show, he has no plans to spin one off about himself. "If it's not broke, don't fix it. I like supporting the girls. I don't want more than that," he added.

The hosts then asked him about Rob Kardashian emerging from seclusion now that he's dating Blac Chyna, where Scott gave some insight into what was really going on with him.

"He's doing unbelievable. Things are difficult sometimes, especially when you become in the spotlight very quick overnight, your whole life changes very quickly," Scott explained. "He was just getting out of college, became famous quickly and it was a lot for him to handle. I don't think it was the path he wanted to be on and got caught in the middle of it. He had to take some time off, I think he was a little down and out but he's doing a lot better, he's happy and an amazing guy all around."

When asked whether Blac Chyna is pregnant with the Kardashian's baby, he thankfully replied, "I don't think it's true."

What do you think of Scott's revealing interview? Sound off below!