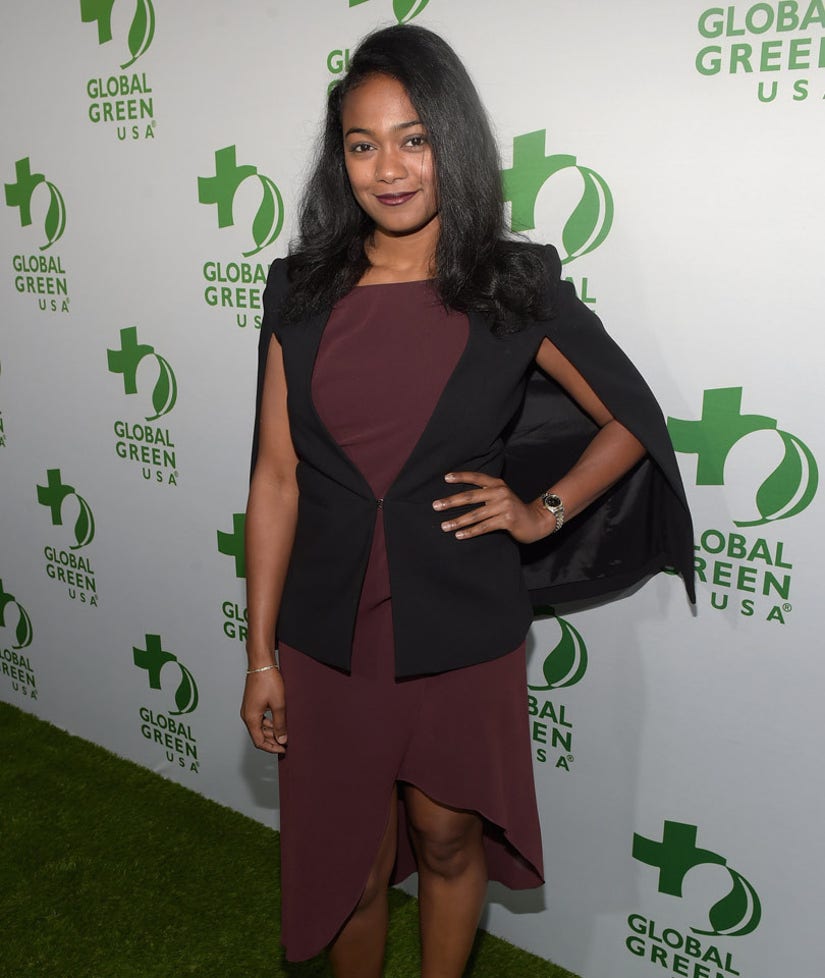 Tatyana Ali is about become this year's Queen of Gift Registries.

The 37-year-old "The Fresh Prince of Bel-Air" veteran is not only engaged, she's also expecting. She spilled the details to Entertainment Tonight on Thursday, saying, "Planning our wedding has been so exciting, but when we found out we were expecting, our perspective shifted completely."

And who's the lucky groom and babydaddy? A professor in Stanford's English department named Dr. Vaughn Rasberry.

Ali dishes that when Vaughn proposed, "He took me on a 45-minute hike in the Redwoods [in Yosemite, California], which he knows I absolutely love. And proposed in the most picturesque clearing. Just the two of us. It was so thoughtful and perfect."

Their relationship definitely had a unique beginning, as the former child star says the two met on eHarmony.

"It was my first time dating online," Tatyana admits. "We wrote letters for months before we decided to Skype. And then, of course, met."

A year and a half later, they're burgeoning co-parents planning a summer wedding!

Don't worry, though: the celebration won't be without that crucial Hollywood glam infusion.

To put the ceremony together, Tatyana's enlisted the help of event-planner-to-the-stars Michael Russo, who did Kevin Jonas' wedding.

We wish the happy couple a rollicking wedding, and as much sleep as new parents can possibly get!