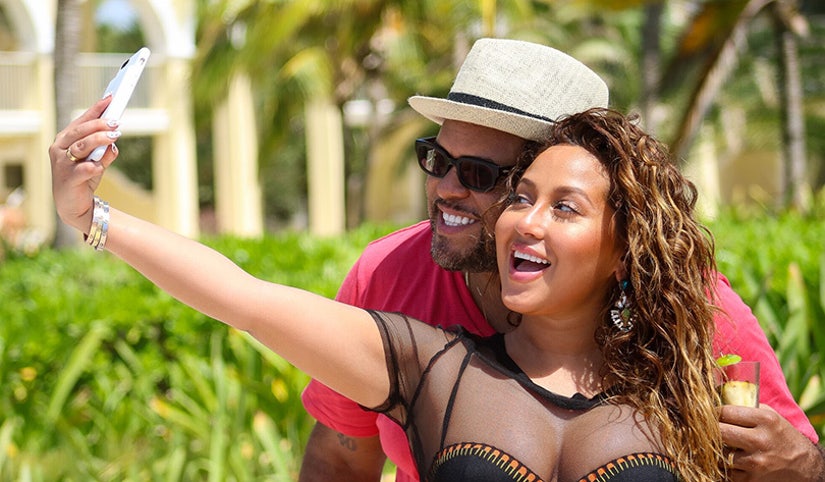 Adrienne Bailon is gettin' real about her new relationship.

In a sneak peek clip at Tuesday's episode of "The Real," the talk show cohost opens up about her new boyfriend, Israel Houghton. The two first made headlines last month after they were spotted on a romantic getaway together at Dreams Tulum Resort & Spa in Tulum.

As their new relationship started getting some pickup in the press, some started questioning the timing. Israel announced his divorce only a month earlier. He then issued a statement, via Facebook, saying his marriage "had been over for quite some time" and adding that Adrienne should "not be blamed for my past indiscretions."

Now, it's Bailon's turn to speak out.

"I think I'm more than anything grateful that I have a platform like this, where I can be with my girls," she says in the clip. "The show is called 'The Real' it is a place where we can speak about the truth. With that being said, the man pictured here is not married. Praise God."

"He is single, number one. The other thing people were saying was that I was the cause of his divorce, which I think any divorce is obviously a sad thing. People have to go through, it takes time to get through that sort of thing, and I think no one put that time together," she continues. "I think you see an announcement was made at the top of the year and then they see these photos and then they think, well, let's put this together, but this is why I'm grateful for things like this because it allows you to set the facts straight and God forbid the facts get in the way of a really good, juicy story."

"I'm going to say the truth and the truth of the matter is that isn't the case. He obviously is divorced," she adds. "He had put out a statement that he had failed in his marriage and it was five years back. I didn't know him at the time. So to put that blame on me was obviously hurtful."

The two met after the former Cheetah Girl starred in a 2013 flick Israel produced called, "I'm in Love with a Church Girl."

He says they later became friends and, "from a friendship, as two single adults we have very recently begun to explore a dating relationship."