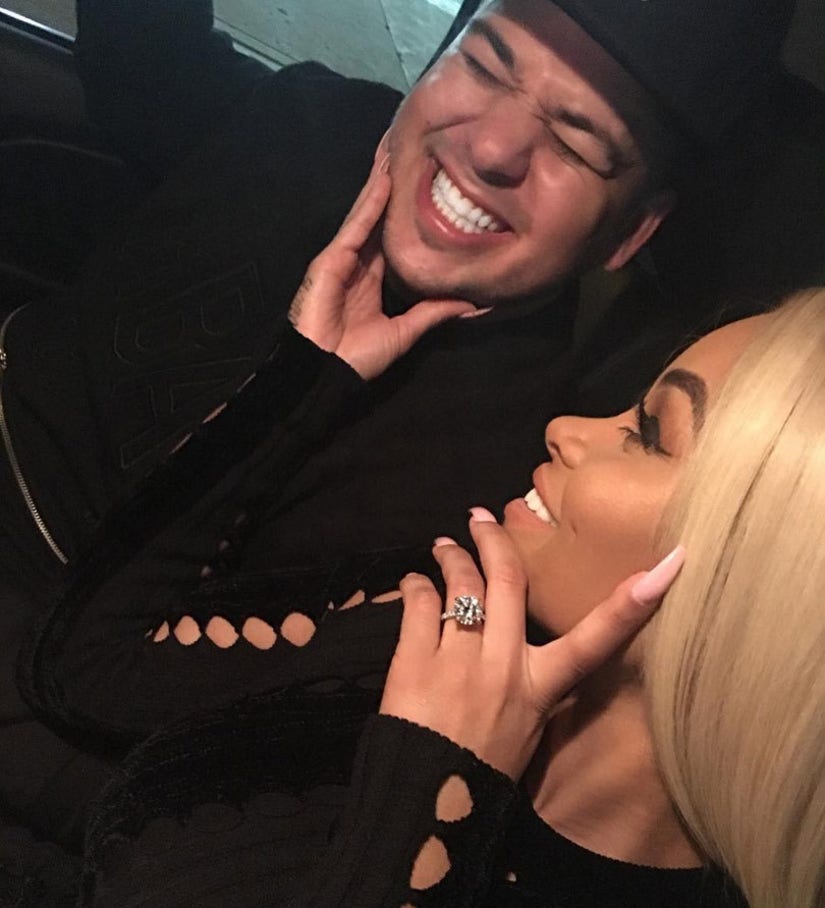 Well, that was fast!

Rob Kardashian and Blac Chyna are engaged, after almost three months of dating.

The "Keeping Up with the Kardashians" star popped the question last night -- and she said "Yes," according to TMZ. The two celebrated their engagement by sharing photos of the ring online, before heading to Ace of Diamonds strip club, where Chyna was hosting an event.

Almost immediately following the announcement, the name "Angela Kardashian" started trending on Twitter. Angela is Blac Chyna's real first name, so it'd be her married name once the two tie the knot.

Jeweler Ben Baller also shared a video of the ring on Instagram, revealing that it's 7 carats. Take a look below:

So far, no word from Rob's family about the news. None of them are in town right now -- Kris whisked them all away on a mystery trip yesterday -- but we're sure we'll be hearing about their reaction soon!

Khloe Kardashian opened up about her relationship with Rob's new fiancee recently on "Kocktails with Khloe."

"My brother is dating Blac Chyna. My sister, Kylie [Jenner], is dating Tyga, who is Chyna's baby daddy," Khloe explained to her guests. "I need a piece of paper to show you guys because it's confusing! It's like a soap opera, so it sounds very dramatic. Which it is."

"I actually haven't seen Chyna in years," she added. "So we didn't get in a fight, but I do love a good fight."

It seems that no one in this famous family has gotten to know Rob's new lady.

"I haven't really seen her that much and I don't know her as well as everyone else but she seems like a really nice girl and I just haven't been around her too much," Kris Jenner recently said on the "Kyle and Jackie O" radio show. "But you know, he's been very, very happy lately and I think he's in a really good place. I don't know too much about their relationship."

"He feels, you know, much better about himself," she continued. "He's trying to just get healthy and get in shape. He's been working on a few projects."