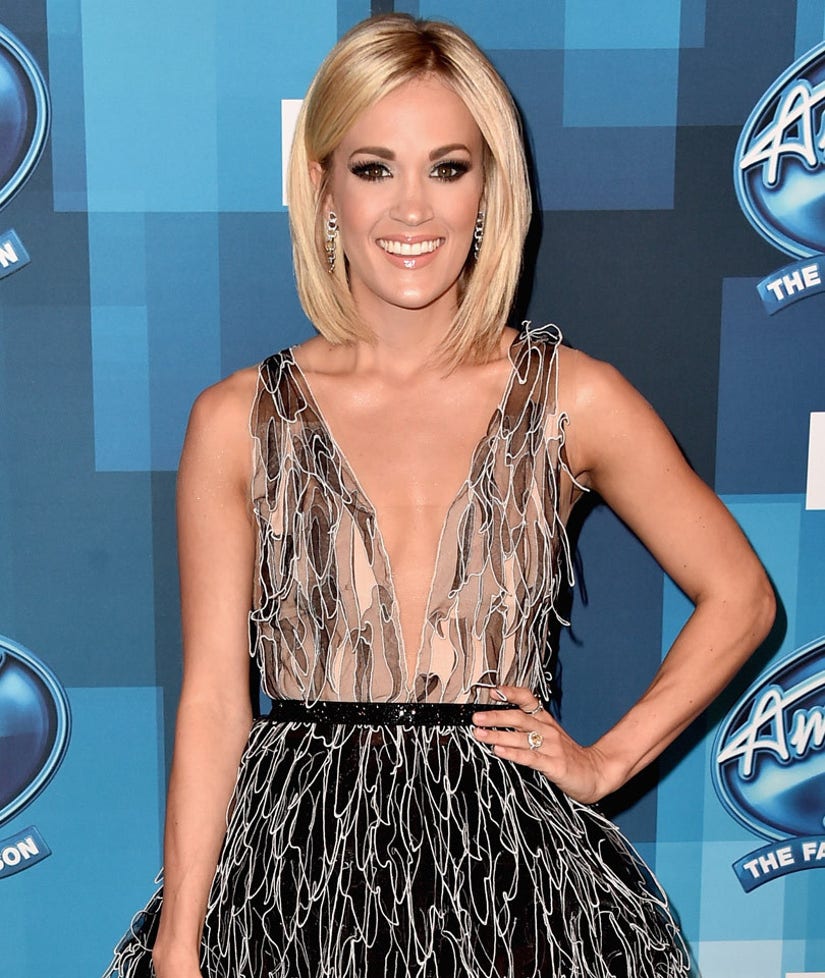 Mike Fisher teamed up with one of Carrie Underwood's musical icons, Garth Brooks, to serenade his wife with Brooks' 1991 hit "The River."

"I'm going to send this song out to my sweetheart, my girlfriend Carrie Underwood," the country music legend says in the video, which was shared to Carrie's Instagram page on Thursday.

Garth begins to belt the track as Underwood's NHL hubby joins in for a semi-pitchy duet (Mike would benefit from a singing lesson ... or two).

While the gesture was meant to be sweet, Carrie was less than thrilled that her hubby got to sing with Garth before her!

"How is it that my hubby, @mfisher1212 gets to sing with THE @garthbrooks before I do? As payback, I think I'll try to see if Wayne Gretzky wants to play a pick up hockey game sometime!" she hilariously posted with the clip.

Now, if Carrie can make that happen, we're sure the Nashville Predators star would definitely be a little jealous too!

What do you think about Mike and Garth's serenade? Sound off below and check out the gallery above to see more sexy country singers!