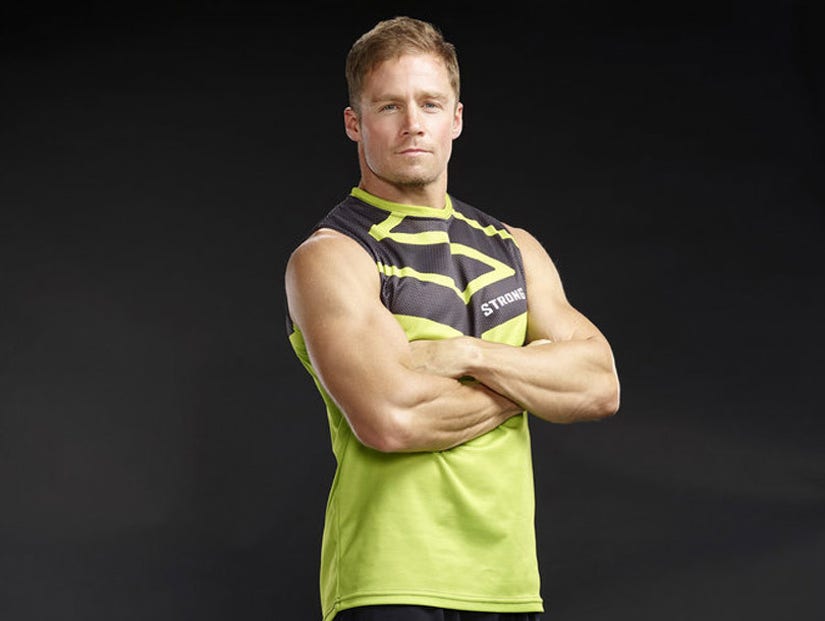 Ever wonder who's helped Teri Hatcher retain her slender physique, or who gave James Marsden a body that did the impossible and made him more irresistible in "X-Men"? Well, ladies and gentlemen, CrossFit Horsepower's Dan Wells, trainer to the stars, is the man to meet!

Dan, whom you may have caught during a variety of T.V. appearances from "The Doctors" to "The Tonight Show," is one of the contestants on NBC's new reality series "Strong," debuting tonight at 9pm.

No spoilers, but this show is a total nail-biter.

Ten out-of-shape women team up with ten male trainers to achieve the healthier, more powerful bodies they've coveted for ages - but that's not all.

These ten duos face off against each other in a string of grueling physical challenges. And at the end of each episode, one of the teams gets thrown out of the competition, after a nerve-wracking race up the treacherous Elimination Tower.

The team that wins gets half a million bucks.

As you can imagine, the drama and the backbiting get intense.

Dan sat down with toofab ahead of the show's premiere to chat about the personal politics on the show, what it's like training celebs, and much more. Check out the interview below, and don't miss "STRONG" when airs Wednesday nights on NBC. 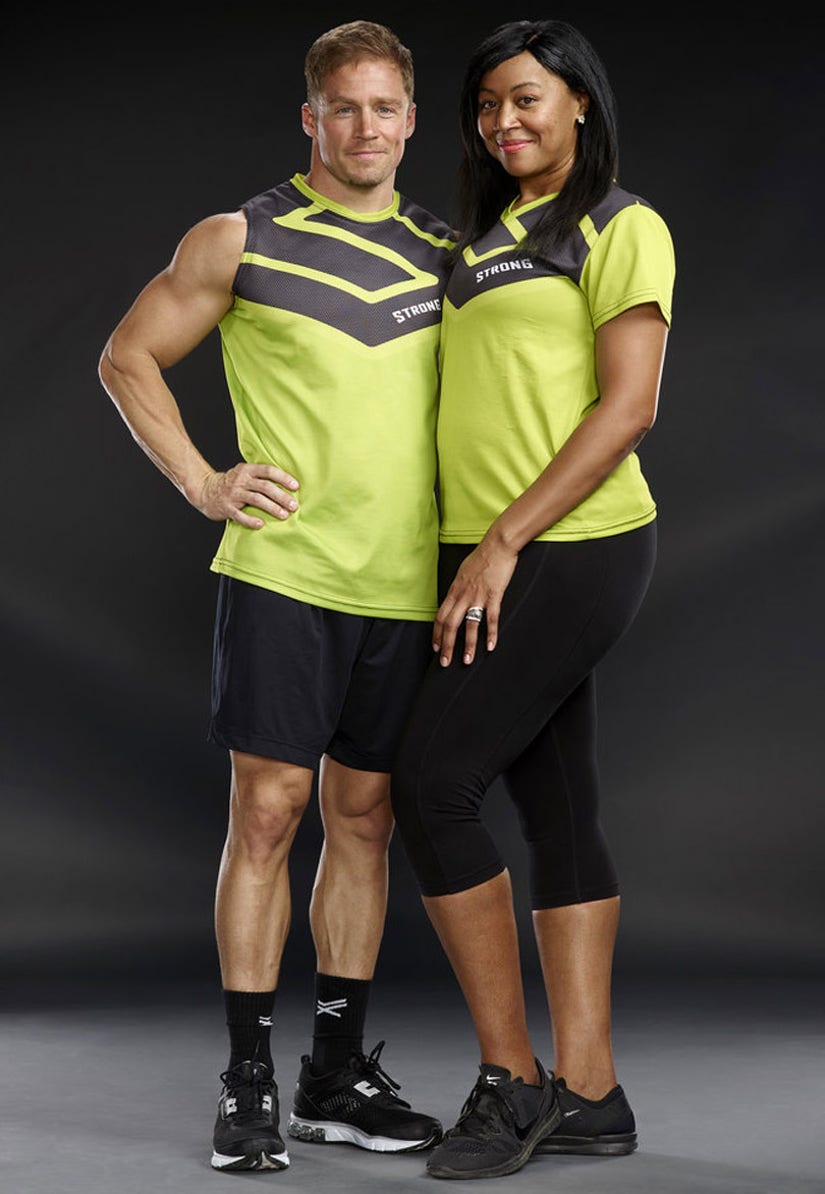 toofab: What made you sign on to do this series?

Dan: You know, I've done a lot of things over the years, but the things I love most are training people, helping them get into the best shape of their life, mentally and physically - and then the other thing I love to do is, I love competing. It brings out an aliveness that I just can't experience with anything else. And so, the network had looked at me very closely for "[The] Biggest Loser" previously, and when they came to me with this and said, "Hey, would you be willing to do this?," I was like, "Well, damn, those are the two things I like most. So, sure, let"s give this thing a whirl!"

toofab: Okay, well, speaking of competing, the highlight of the show is often the drama around the Elimination Tower. And when it gets to that point, the competition becomes more about interpersonal politics than the audience will expect. Were you surprised at all about how manipulative it got?

Dan: Absolutely, yeah. And about how emotional it got. I thought it was just gonna be training people and competing. You've got these sort of testosterone-driven dudes who have one goal in mind, and that's to protect and train their trainee at all costs. So in order to do that, they're willing to do just about anything, and that goes far beyond just competing one hundred percent, and it seeps into manipulation and strategy and game-playing, like you would see on "Survivor" or one of those shows. And that's why this thing gets so crazy and interesting and emotional.

toofab: What's the biggest thing the show taught you about how to improve yourself?

Dan: Well, you know, what I learned from my trainee is that I'm capable of more than I thought. I seem to draw, for whatever reason, a line as to what I can handle and what I can't, and I was thrown into a situation with a trainee that I...I was really worried, from Day One out the gate, about our capacity to even make it through the first week. And I had no choice but to give it my all, but seeing the level to which she believed in me really helped me, so there was a real element of vulnerability in that. By being more vulnerable myself, I was able to find a deeper capacity within myself. 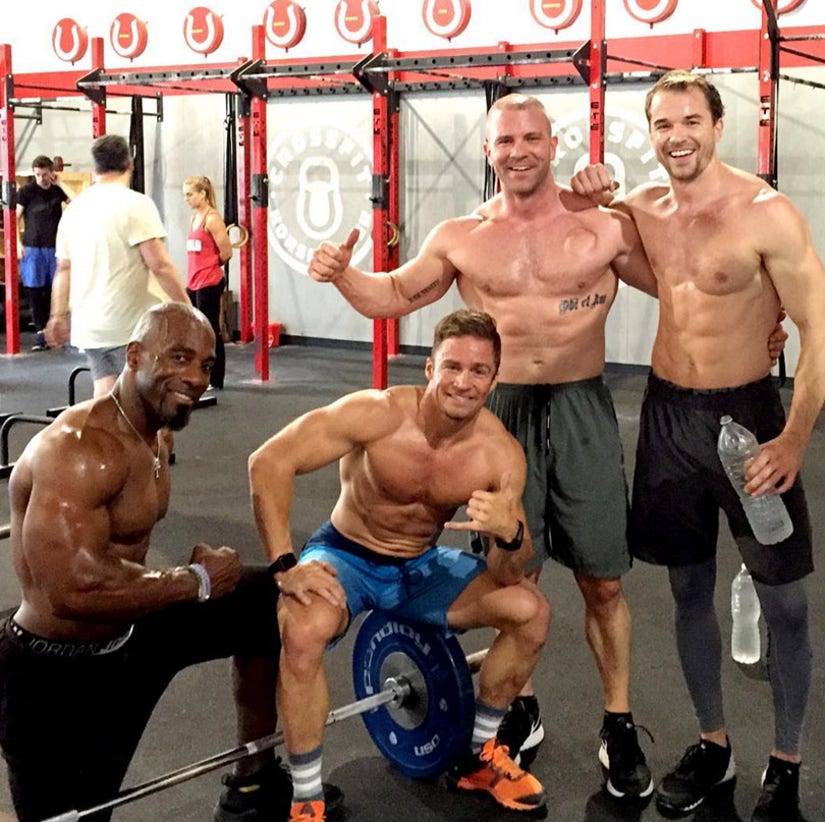 toofab: That's terrific. And one of the executive producers on the show is Sylvester Stallone. By now, you've met him, right? What's he like?

Dan: He's not like a super outgoing, gregarious sorta guy. He kinda keeps to himself for the most part. But he's very involved. He was involved in everything from the layout of the show to the competition apparatuses. He had a hand in everything, and he really cares, and he's very, very proud of what he's been able to create alongside Dave Broome. For me growing up, it's hard to sort of delineate the guy on the arm-wrestling table taking on Bull Hurley, and this executive producer standing in front of me. But he's just another person, but he's, for me, he just is literally an icon from my childhood that it is really inspirational.

toofab: So, what did you learn about him through this process that most surprised you?

Dan: I suppose I wasn't surprised, but I was more refreshed to see that when Sylvester Stallone gets involved in a project, he literally puts one hundred percent of himself into it. He doesn't half-ass anything. And it's just refreshing to actually witness it firsthand, as opposed to imagine it when you read the backstory behind how "Rocky" was created. The guy hasn't changed. He still puts in that level of effort into every project that he gets involved with. 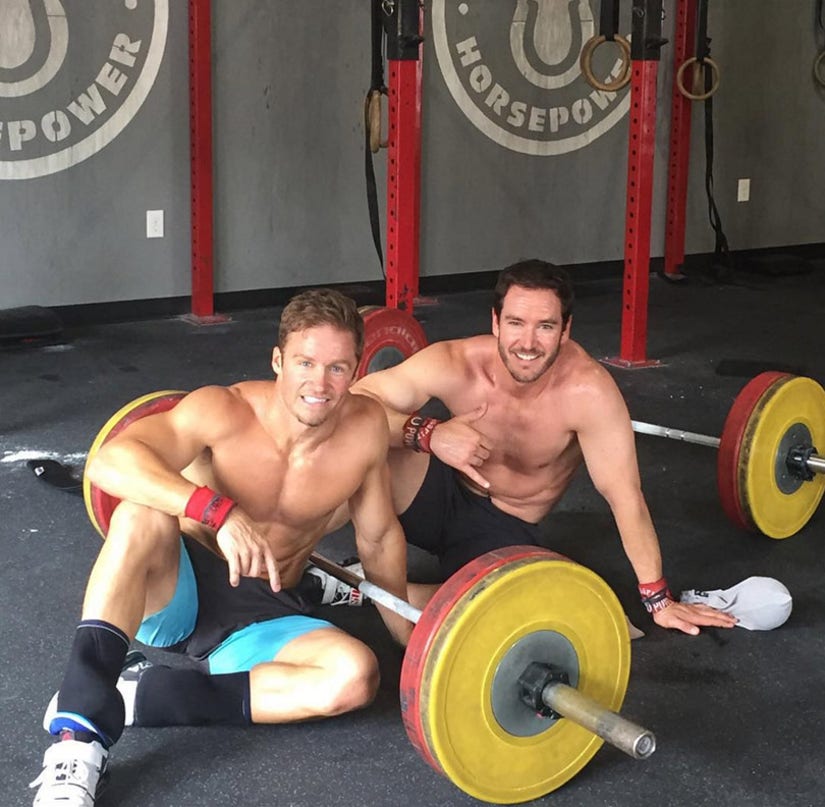 toofab: As a celebrity trainer, what are some of the biggest challenges when a star suddenly has to slim down or bulk up for a part?

Dan: The biggest challenges are - with training stars, are basically trying to find time in the schedule when you can train 'em. 'Cause they seem like they've got so much s--t going on, and so many distractions, from dinners and events and people wanting them to go out for drinks, and it's just sorta hard to keep them laser focused sometimes. They just have so many things going on in their lives, that it's sort of hard to put them into a bubble of sheer focus. Whereas the beauty of this show is, our clients had nowhere to go. There was no bar down the street that they could get distracted by, with the excuse that, "Hey, it's my agent. I have to do this."

toofab: Have you worked with any celebrities who were particularly resistant?

Dan: No, you know, 'cause they come to me and they have a goal. It's not like I get hired by their agent and I'm forced upon them, and they have to just like deal with this guy who's trying to get them in good shape. They come in with a certain level of motivation, so they haven't been too bad. And it's nice here, because there are so many celebrities at CrossFit Horsepower that people don't really get fazed by it. It's just kinda normal. They get treated like everybody else.

toofab: And there are a lot of ideas about fitness floating around Hollywood right now. You've been particularly motivated by CrossFit, but are there any fads that you'd recommend staying away from?

Dan: I mean, the biggest - it's not a fad - but the biggest thing, still, to this day, is people think that they need to starve themselves to lose weight. It's unbelievable!

And it's literally the opposite. When you starve yourself, it triggers a response in the body that you might be dying soon, so at all costs, shut down the energy system and store extra fat so that you survive the winter. They still don't get that! They're like, "Oh, no, no. I'm gonna be fine next week, 'cause I'm just gonna stop eating." I'm like, "No, bro! You're not gonna be fine!" And that's the biggest misconception. People still do that! They still starve themselves. It's just unbelievable.

I guess the other thing that people are afraid of is bulking up, and you know, a pound of muscle is a third of the size of a pound of fat. You're never gonna bulk up, unless you're a genetic freak. You're just gonna look better in the same clothes that you already own.

toofab: Are there any kind of major differences between training a celebrity and a regular Joe?

Dan: Some celebrities are used to being treated like - you know how it is on set - just catered to every step of the way. And that's not all of them, but some of them are. And so, sometimes certain celebrities can be a lot higher maintenance, and it's - for me, it's kind of just amusing. It's like, "Alright, cool. That's what you're used to. Fine. Let's just get the results out of you."