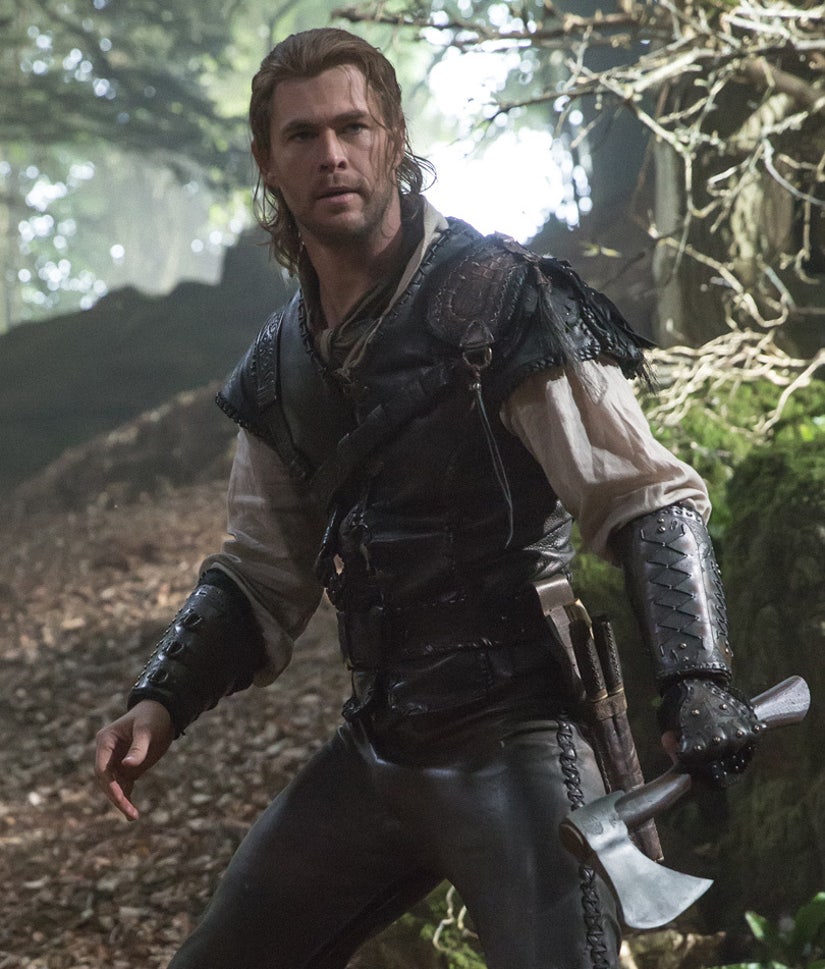 Chris Hemsworth's been everywhere lately - not that anyone with eyes is complaining.

A few short months after his star turn in last December's "In the Heart of the Sea," you can check out the hunky Melbournite as the title character the upcoming "The Huntsman: Winter's War" opposite Charlize Theron, Jessica Chastain, and Emily Blunt.

Chris' fans will have noticed that his weight's been fluctuating a lot in recent flicks ... and it's not an accident. The actor dished to the May issue of Men's Health about how he managed the punishing task of drastically changing his body for roles.

If you caught "In the Heart of the Sea," you'll remember he knocked 30 lbs off his famously beefy physique. For four weeks, he had to confine himself to 500 calories a day, which in his case "was lots of big vegetable soups and giant salads."

"The problem is that you're underfed. The challenge is not physical but emotional," Chris revealed.

So, how'd he face up to the trial? Strength, it turns out, really is in numbers: several of his castmates "were losing weight together — the bond we formed was incredible. It reminded me of being on a football team growing up, where we'd do anything for each other."

Once that movie wrapped though, Chris had to lurch from one end of the scale to the other to reprise his role as Thor in "Avengers: Age of Ultron." His personal trainer/nutritionist Luke Zocchi set him up on a diet full of white meat, plus protein smoothies.

The workout regimen featured a flurry of lifts on, in Zocchi's words, a "shoulder press, bench press, standing bar curls, and skull crushers." In case all that needed to sound more unpleasant, there were a bunch of different types of pullups thrown into the mix too.

He then had to swing back the other way for a more trimly muscular look in "The Huntsman," which was more about cardio and core, a process that doesn't sound nearly as gruesome.

Not that Chris doesn't like a bit of a workout on his downtime, too. He told Men's Health that, having relocated to Byron Bay, Australia with the fam bam, he frequently goes surfing. The picture gets prettier: his brothers Liam, 26, and Luke, 35, often join him!

"Sitting on our boards out in the ocean beyond where the waves break waiting for the next set, you can forget about everything," he says. "It's a great place to talk and have a laugh."

You can see "The Huntsman: Winter's War" in theaters on April 22nd!