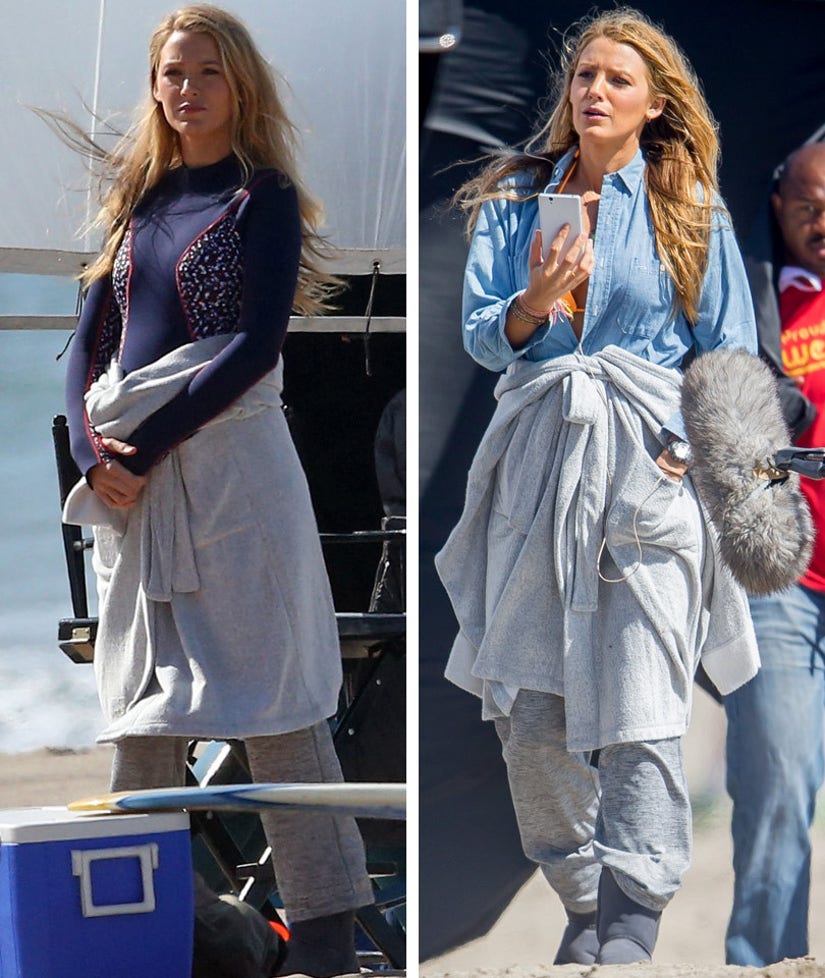 Lively is reportedly expecting her second child with hubby Ryan Reynolds, according to both Us Weekly and People.

So far, reps for the couple aren't commenting, but it sure looks like Blake's got a little bun in the oven.

The actress was spotted filming pickup shots for her new movie, "The Shallows," in Malibu, California on Tuesday (above) ... where it looked like she was trying to conceal her budding baby bump with a sweatshirt while wearing a skin-tight wetsuit.

Blake and Ryan -- who tied the knot in 2012 -- already share a daughter, James, together. The cute couple welcomed their 1-year-old baby girl in December 2014.

The 28-year-old actress opened up about motherhood last April during an appearance on "Live! With Kelly and Michael," where she discussed her new "heightened awareness."

"Everything is different," Lively admitted. "You see a balcony and you're like, 'Oh God, the hotel needs to demolish this balcony because my child can't go anywhere near it.' So, everything is just like, so much more heightened. We're crying all the time for no reason."

Are you excited about Lively and Reynolds' baby news? Tell toofab in the comment section below and check out the gallery above to see more expecting stars!