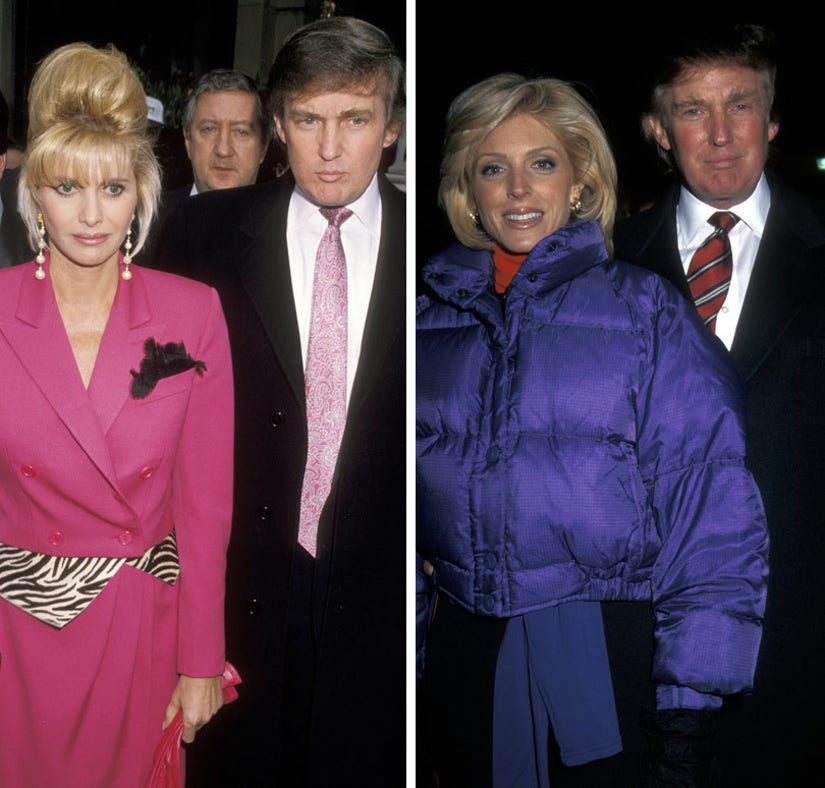 Marla Maples managed to wring a man from Ivana Trump, but she can't seem to get any forgiveness out of her.

"That makes me sad," Marla tells PEOPLE this week, "because I wish her nothing but love."

To recap, we have decades of dirt to dish here:

Ahead of real estate mogul Donald Trump's recent primary victory in New York, Ivana, the first ex-Mrs. Trump, had given an interview to Page Six about her relationship with the tough-talking presidential candidate ... and his newer romantic liaisons.

She'd been very complimentary about The Donald, 69, going so far as to say that "I think he will be a great president." As for her ex's current 45-year-old wife, she'd stayed pretty diplomatic: "I have absolutely no problem with Melania. Donald is very happy with her. We get along."

But when it came to the subject of Marla, Wife #2, Ivana hasn't been nearly as kind.

Donald ignited a nationwide scandal when he cheated on Ivana with Marla, before finally dumping the former in 1991 and marrying the (knocked up) latter two years later.

"[Maples] asked to apologize to me in the Daily Mail in London," the 67-year-old revealed to the New York Post this month. "They asked if I accepted the apology and I said no. Why should I? She broke my marriage!"

But Marla, 52, is still trying for a little sympathy!

"I love her kids," says Marla of Ivana to PEOPLE, "and if she's holding any kind of resentment toward me, I really hope, for her sake, that she can forgive me."

No word from Ivana yet, but it doesn.t look like she's going to be agreeing with Marla in the near future.

Marla.s been dealing with fallout from the affair since it happened, telling the mag she fled to Guatemala with the Peace Corps "to get away from where anyone knew me, and just get to what was real."

"CNN like 'Where is Marla Maples?' They were trying to guess and they were guessing me to be at some luxurious spa," Marla recalls. "I was like, they are so far away from knowing who I am."

What do you think? Should Ivana take Marla's olive branch, or leave it? Let us know in the comments!