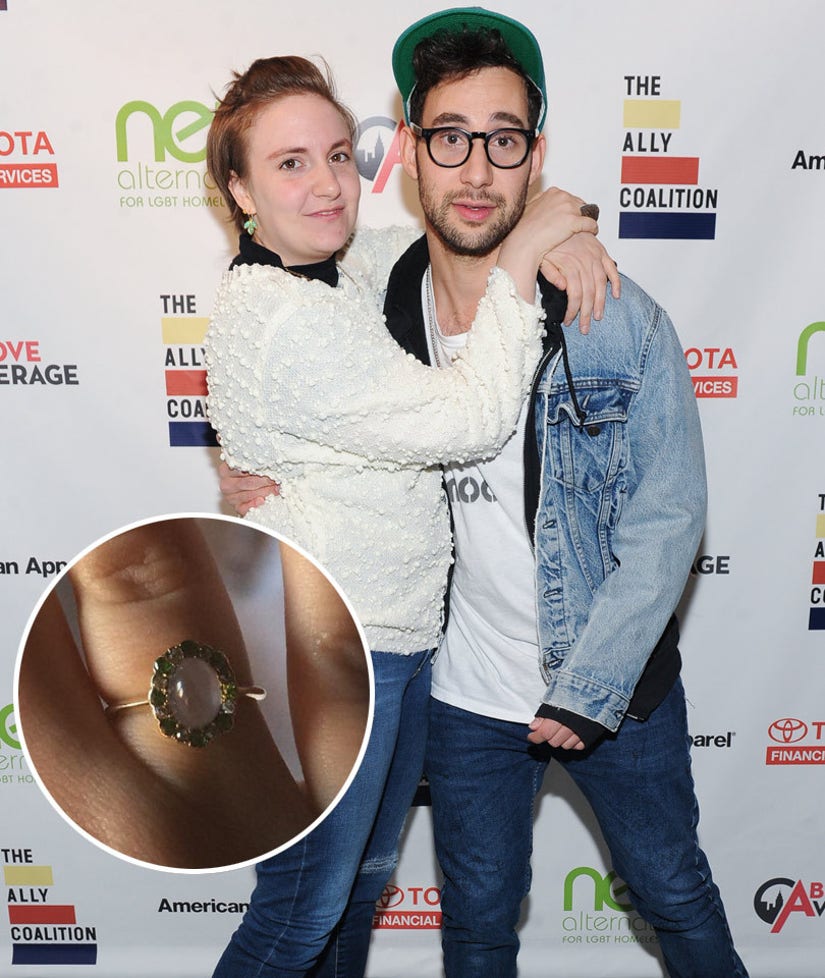 Lena Dunham is one lucky lady!

The "Girls" star took to Instagram on Wednesday to show off her early anniversary present from beau Jack Antonoff.

In the pic, Dunham holds out her hand with a gorgeous gold, emerald and pearl ring. "Early anniversary gift from boyfriend of the year @jackantonoff (care of @eriebasin in Brooklyn,)" she captioned the photo of the vintage ring.

Though we're sure these two are destined to get engaged, Dunham is wearing the sparkler on her right hand and made sure to shut down rumors of an engagement in the caption. "#ringbrag #jewelrybitch #friendshipring," she added.

The 32-year-old actress opened up about the idea of marriage while chatting with Ellen DeGeneres last May.

"The idea of having a celebration that can't be fully shared among all the people in my life and all the people that we love just doesn't really feel like a celebration at all," she told the talk show host. "So until that's something that everyone can join into with no sense of being left out on any level, politically, emotionally, it's just not something that we're gonna do."

What do you thinlk about Lena's new gift? Sound off below and check out the gallery above to see more cute celebrity couples!