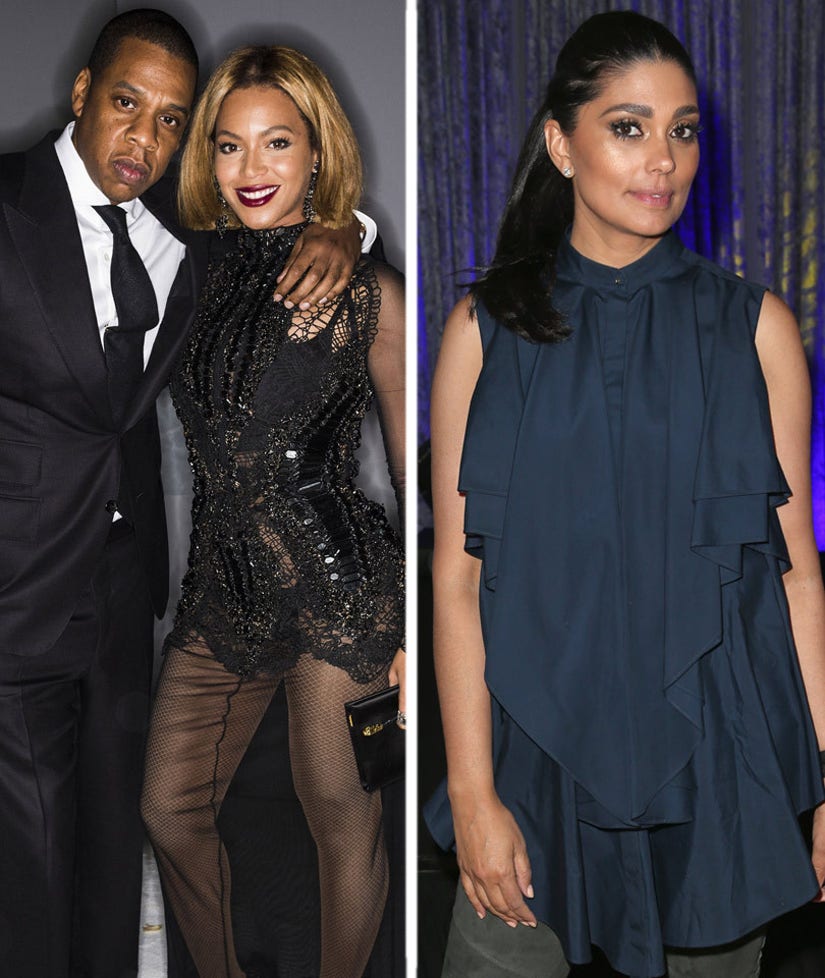 Designer Rachel Roy is slamming rumors she had an affair with Jay Z.

She became the target of the Beyhive, Beyonce's group of incredibly loyal fans, after Knowles dropped her visual album for "Lemonade" on Saturday night on HBO. In one of the songs, "Sorry," she sings, "He only want me when I'm not there, he better call Becky with the good hair." Roy seemed to confirm she was "Becky" later that night, when she posted an Instagram photo of herself with the caption, "Good hair don't care, but we will take good lighting, for selfies, or self truths, always."

She later tweeted, "I respect love, marriages, families and strength. What shouldn't be tolerated by anyone, no matter what, is bullying, of any kind" -- but, apparently that wasn't enough to distance herself from the rumors.

Now, she's trying to put an end to the speculation she helped perpetuate, explaining her Instagram post to PEOPLE.

"I want to put the speculation and rumors to rest. My Instagram post was meant to be fun and lighthearted, it was misunderstood as something other than that," she said. "There is no validity to the idea that the song references me personally. There is no truth to the rumors."

"Consequently, online haters have targeted me and my daughters in a hurtful and scary manner, including physical threats," she continued. "As a mother – and I know many mothers would agree – I feel that bullying in any form is harmful and unacceptable."

"I would hope that the media sees the real issue here – the issue of cyber bullying – and how it should not be tolerated by anyone," she added.

So far, Beyonce hasn't commented on the situation at all ... and probably never will.

Rita Ora has also brought attention to herself in the past couple days as a potential "Becky," sharing a Snapchat wearing a bra with lemons on it following the "Lemonade" release. She later stepped out in an outfit Beyonce wore in the "Formation" music video, once again drawing comparisons between the two. In both the selfie and this later look, she's seen sporting a "J" necklace as an accessory -- which many thought referenced Jay-Z.

Ora took to Twitter on Tuesday to set the rumors straight too. "I never usually address tabloid gossip but let me be clear, these rumours are false," she tweeted. "I have nothing but the upmost respect for Beyonce. Let's continue enjoying Lemonade."

What do you think is going on here? Sound off below!