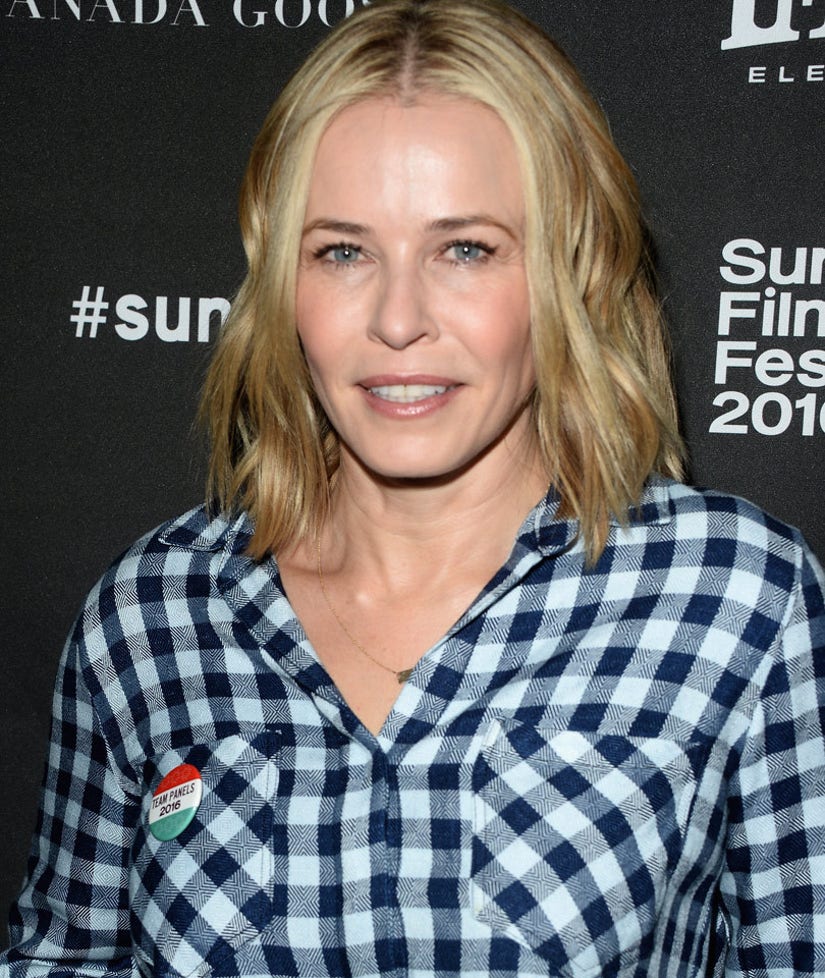 Chelsea Handler's never been shy when it comes to discussing the raunchier parts of her love life. This is, after all, a woman whose first book's called "My Horizontal Life: A Collection of One-Night Stands."

But how did Chelsea first get the ball rolling with the opposite sex? The 41-year-old comic swung by "The Tonight Show Starring Jimmy Fallon" last night and spilled the whole, terrible story.

When Jimmy segued the conversation into his regular "Truth or Truth" segment, Chelsea found herself revealing, "My first kiss was with a guy named - I won't say his last name - Justin."

Teenaged Chelsea was on a family trip to Martha's Vineyard when she met this boy, and it turns out she'd already developed the trademark sense of mischief that made "Chelsea Lately" such a good time.

"I lied and told him I was sixteen," she admitted. "I was only thirteen."

The trick worked! As Chelsea told it, Justin "took me to the movie theater, and he put - kissed me at the end of the night. He looked like Brad Pitt. He was beautiful!"

Aww, who would've thought we'd get such a sweet little idyllic anecdote out of Chelsea?

But it went south fast, when mid-smooch "he put his tongue in my mouth and I almost vomited."

Chelsea rushed back to her family's Martha's Vineyard residence, disgusted, where, she says, "I told my sister, 'I'm a lesbian! I know I'm a lesbian. I'm a lesbian! Oh, my God, I can't ever kiss a man!'"

"I just couldn't believe that's what you did!" she told Jimmy, aghast.

But, she added with a knowing smile, "Now, I feel differently."

Chelsea's new four-part docu-series, "Chelsea Does," is on Netflix now!