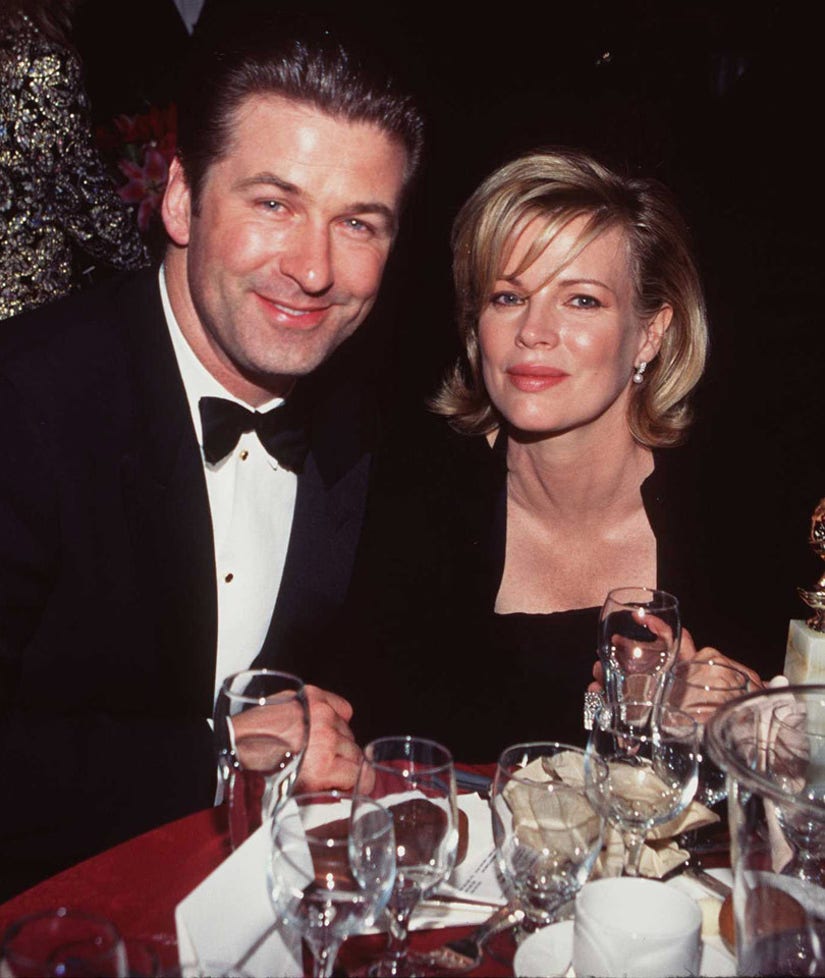 Their split was one of the worst in Hollywood -- but it sounds like things might have finally calmed down between Kim Basinger and Alec Baldwin.

The two, who met in 1990 before tying the knot in 1993, split almost 9 years later, when their daughter Ireland was only 7 years old. The ensuing divorce, which included one brutal custody battle, was anything but easy.

"Divorce is hard on a kid, no matter how you cut it. And ours was very public and nasty," Basinger says in a new interview with The Edit by Net-A-Porter. "So I brought up Ireland in a very unconventional way."

"I just wanted her to be free. If she wanted to have her friends over and write over the walls with pen, that was fine," she reveals. "I wanted her childhood to be full of love and light and animals and friends."

As for the current state of her relationship with her ex, Basinger says, "[Alec and I are] cool now, though. Life goes on."

That being said, she still couldn't help but make a quip about him later in the interview, calling him "the enemy."

"There were times I could have chosen [my movies] better. I did this film, 'The Marrying Man,' where I met my eventual [now-ex] husband, Alec Baldwin, but I was teeter-tottering because I had also been offered 'Sleeping with the Enemy' [which eventually starred Julia Roberts]," she confesses. "Isn't it funny that I turned down 'Sleeping with the Enemy' and then I went on to sleep with the enemy!"

These days, the 62-year-old stunner says she's in the market for a different kind of man.

"My taste in men has changed a lot over the years. When you're young you're attracted to the 'bad boy,' only to find out that they're actually just bullies or insecure – you're attracted to fantasies," she adds. "Now, I'm more reality-based ... showing kindness and humor are the most important things to me now."

Check out the full interview over at Net-a-Porter's website!