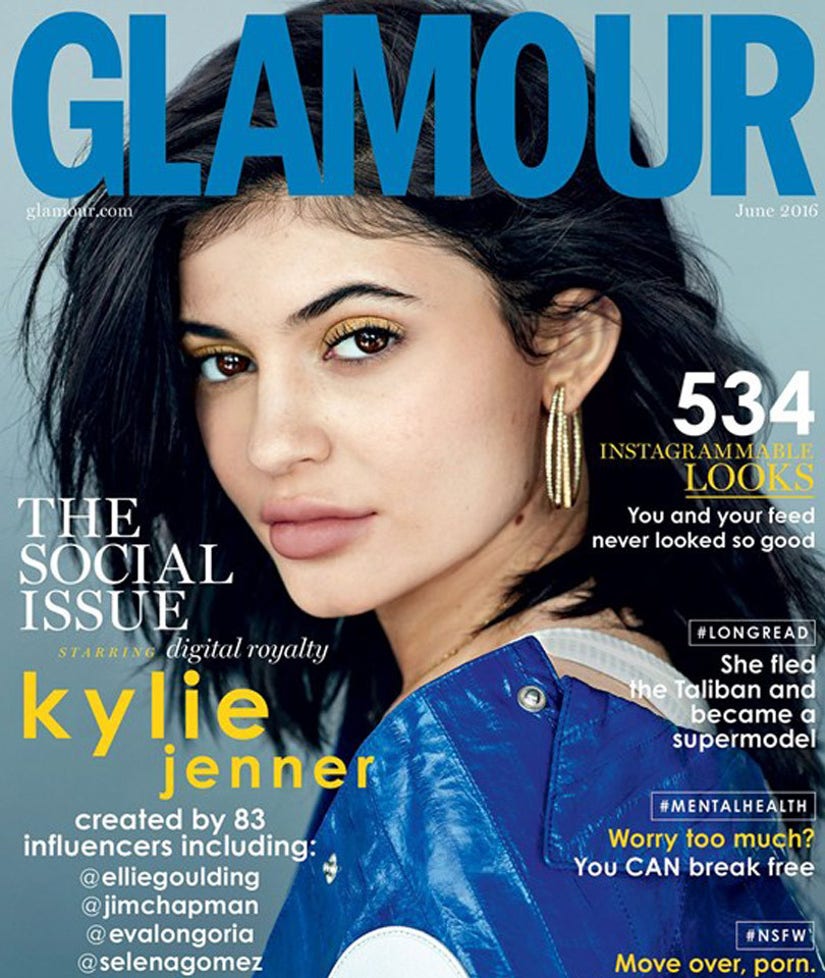 Kylie Jenner's profile has been rising steadily over the past year -- and, according to her, she's a self-made woman!

The 18-year-old reality star rocks that classic smoldering model stare on the new cover of Glamour, complete with striking gold eye-shadow and the hoop earrings to match. A crinkled blue and white jacket slides just off the shoulder, showing off the patterned white strap of the top underneath.

Meanwhile, inside, Kylie's not pulling any punches.

In fact, she plans to eventually phase herself out of the public eye and spend the rest of her career "behind the scenes."

"The show has to end eventually," she clarifies, "and I'm not going to leave until we're done with it, but by 20 I want to have the whole of my cosmetics line out because that's my primary focus."

What she will go public with, though, is her loyalty to the sisterhood. She declares in the interview, "I do consider myself a feminist.”

"I'm a young woman, for one thing," she explains, "and I don't depend on a man or anybody else. I make my own money and start my own businesses, and I feel like I'm an inspiration for a lot of young girls who want to stand on their own."

Money's been a sticking point with Kylie for a surprisingly long time. Turns out, she's been totally self-supporting throughout her teen years.

"I haven't had a dollar of my mum's money for five years," she reveals to the mag. Note: It's a British mag, she probably said "mom."

"Ever since I started earning my own money, I've paid for everything: all my cars, houses, clothes, everything,” Kylie continues. “I like to know exactly what's going on and I'm actually quite careful with what I spend. We all are as a family."

What do you think of Kylie's cover and comments? Let us know in the comments!