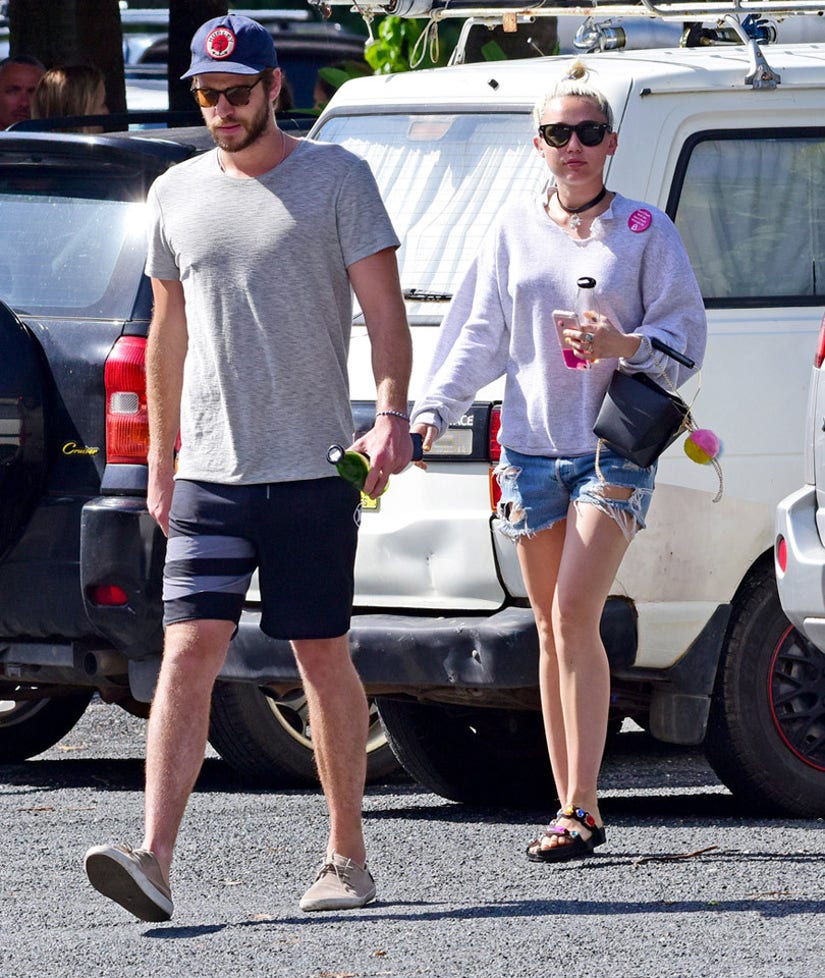 The couple was spotted grabbing lunch with the actor's parents in Byron Bay, Australia on Friday.

Sporting a cozy sweatshirt and distressed denim shorts, the pop star looked cute as she spent some quality time with her beau. Meanwhile, the "Hunger Games" hunk kept it casual in a gray tee with blue boardshorts and a matching baseball hat.

While these two haven't confirmed that they're getting hitched, it looked like Cyrus was wearing the 3.5 carat engagement ring Liam gave her back in 2013.

Judging by these vacation pics, it seems like Miley and Liam are back together, despite Hemsworth saying they're not engaged.

In a recent interview with TV Week in Australia, the Aussie stud said, "I am not engaged, no," when asked about the ring his GF has been sporting (again).

The lovebirds first started dating back in 2010 and announced their engagement in 2012. But, just one year later, the high-profile pair called off their wedding plans. 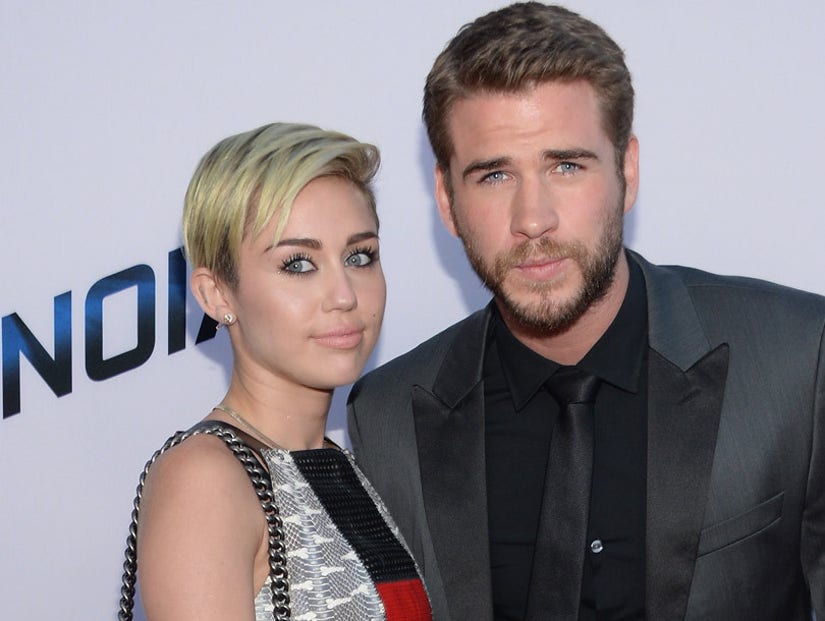 Until now, the two have kept a very low profile.

"I just don't leave my home for the last few months because I had a back injury I really couldn't do much," Liam added of how he's avoided the spotlight recently. "So I have honestly been at my house most of the time."

As for attention from the paparazzi, he said it comes with the territory.

"It is what it is and I am not someone who is looking for any more attention that I have and I try not to draw attention in any way," he declared. "I don't do things that do draw attention. So most of the time I fly under the radar. There is a lot of attention there but I did have a helicopter flying over my house for a while."

Do you think these two are back together for good? Sound off below.