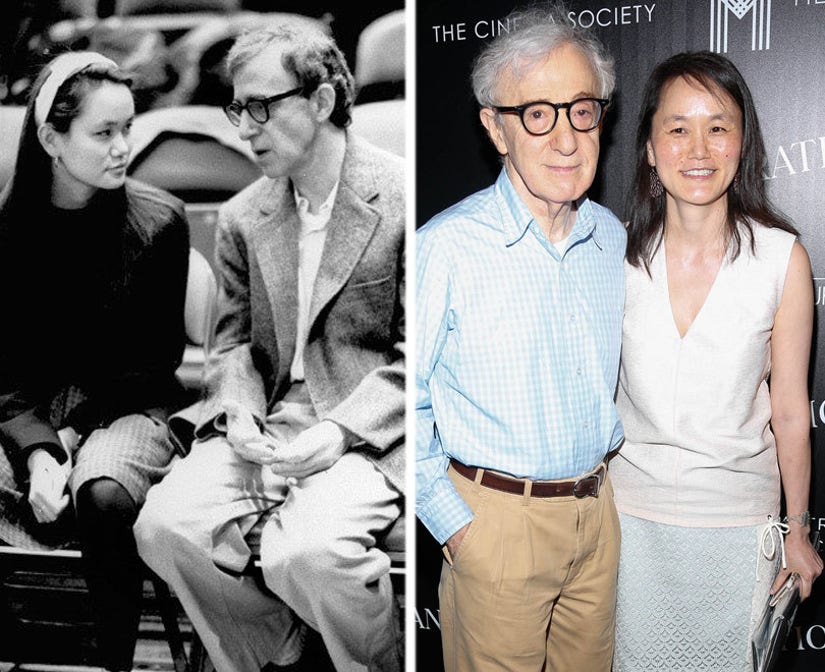 Yep, they went there.

Woody Allen gave a rare interview with The Hollywood Reporter for their annual Cannes issue, where his controversial relationships with both Mia Farrow and Soon-Yi became a major talking point.

Quick refresher: Mia caught Woody having an affair with her then-21-year-old adopted daughter in 1992, when she discovered a batch of nude photos the director had taken of her. Allen and Farrow weren't married at the time, but were in a decade-long relationship. While he had adopted Mia's two other children, Dylan and Moses, he was never Soon-Yi's father or stepfather. Woody and Soon-Yi would tie the knot 5 years later and are still together, they have two adopted children.

When asked whether he ever looks at tabloid stories about him, the 80-year-old Oscar winner says he "never, ever, ever read[s] anything" about himself ... meaning he likely won't see the fallout from this interview either.

"Not my interviews, not stories about me. I never, ever read any criticism of my films," he adds. "I scrupulously have avoided any self-preoccupation."

The reporter than asked whether he was "traumatized" by the scandal. His response: "Oh, no. Not in the slightest."

"I was immune, yes I was," he says of the criticism. "You can see I worked right through that, undiminished. Made films all through those years and at the same rate I was making them. I'm good that way. I am very disciplined and very monomaniacal and compartmentalized."

Things take a turn for the awkward when Allen's asked how his wife, now 45, has "changed" him. It seems like he misunderstood the question:

Oh, well, one of the great experiences of my life has been my wife. She had a very, very difficult upbringing in Korea: She was an orphan on the streets, living out of trash cans and starving as a 6-year-old. And she was picked up and put in an orphanage. And so I've been able to really make her life better. I provided her with enormous opportunities, and she has sparked to them. She's educated herself and has tons of friends and children and got a college degree and went to graduate school, and she has traveled all over with me now. She's very sophisticated and has been to all the great capitals of Europe. She has just become a different person. So the contributions I've made to her life have given me more pleasure than all my films.

That answer didn't sit well with The Hollywood Reporter, so they once again asked how she changed him.

The publication also asked if he's seen Mia at all in recent years.

FYI, Mia's son Ronan isn't thrilled about the interview, which doesn't touch on sister Dylan's allegations of sexual abuse. Here's what he tweeted after it went up on THR:

Love you, Janice, but what's next, a Bill Cosby cover? https://t.co/ub5J6VYjjg