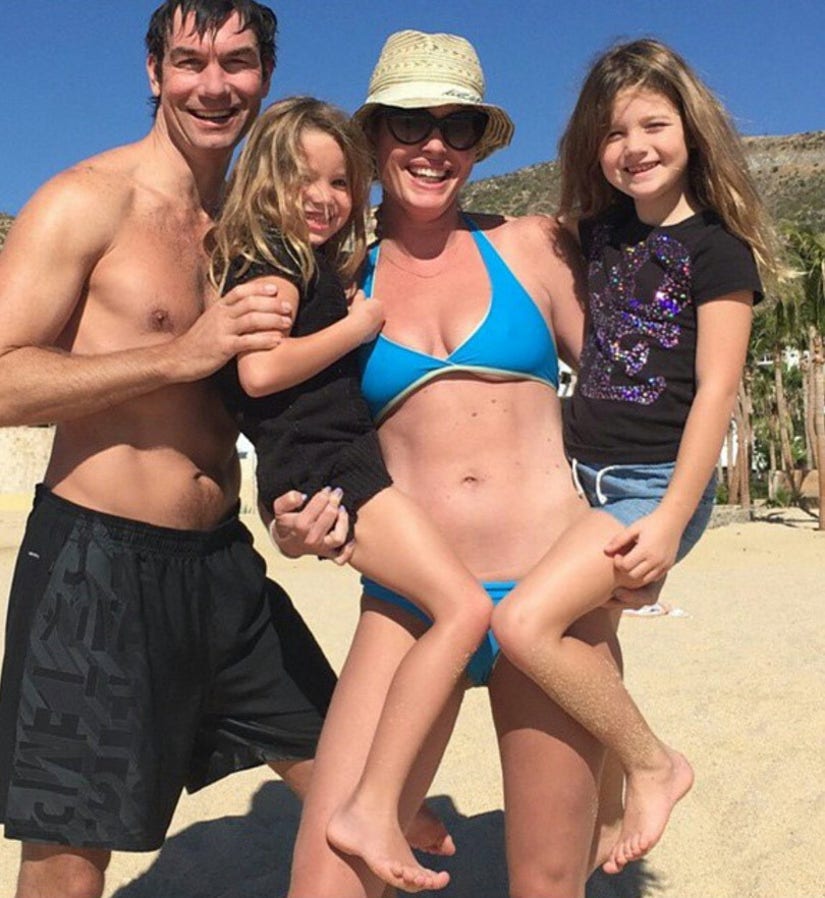 Jerry O'Connell is very protective over his wife Rebecca Romijn!

The "Mistresses" star -- who plays TV's hottest male nanny -- opened up to Us Weekly on the set of the soap earlier this month, where he dished about his character.

Jerry, who shares 7-year-old twins Dolly and Charlie with Rebecca, says he wouldn't be comfortable with a "manny" like his character Robert watching his daughters.

"I'm not sure if given the chance to hire myself as a manny in my family, I don't think I would allow that to happen," the actor explained. "I'm sorry if that's closed-minded of me. I just wouldn't allow that — I wouldn't be comfortable with that. I would explain to my wife and to my children that I was not comfortable with a manny around."

Oddly enough, O'Connell says he's the only cast members with children ... which has made him quite the expert on set.

"It's funny — when you're a parent, and you have kids, when you see a crying baby, you just go to it," he revealed. "You just do. I'm shocked I'm that person as well because before I had kids, I didn't really care for them. [But] especially these little babies in showbiz, they are cute little babies. You can't help! Feeding the baby again, it really made me want to have another one."

It sounds like Jerry's a great dad! What do you think about the "Stand By Me" star's candid comments? Sound off below and check out the gallery above to see more cute celebrity kids!