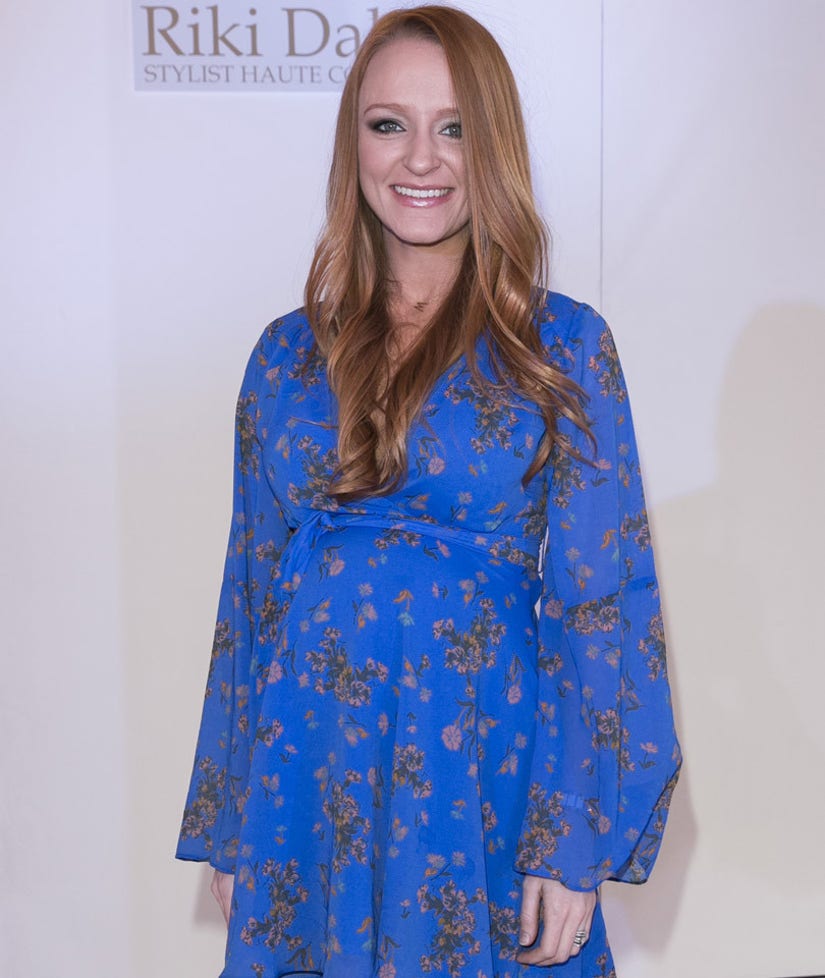 The "Teen Mom OG" star and her fiancé Taylor McKinney welcomed their second child together, a baby boy named Maverick Reed, on Tuesday.

Bookout shared the big news via Twitter. "Mr. Maverick Reed has officially made his debut & completed our family," she posted. "So much love, so many blessings!"

Baby Maverick joins her son Bentley, 7, who she shares with ex Ryan Edwards and her daughter Jayed, 12-months, who she has with McKinney.

Before giving birth, the 24-year-old reality TV star opened up about her name choice.

"Maverick was actually one of our boy name choices when we were pregnant with Jayde before we knew it was a girl," she told MTV News. "Reed is a family name for both our families."

Though Bookout found out she was pregnant just two days after Taylor proposed, they are planning to keep their October wedding date. It also sounds like she's done expanding her now-family of five.

"There are going to be some permanent birth control decisions made," Bookout told Us Weekly back in February.

What do you think about the name Maverick? Sound off below and check out the gallery above to see more unusual celebrity baby names!