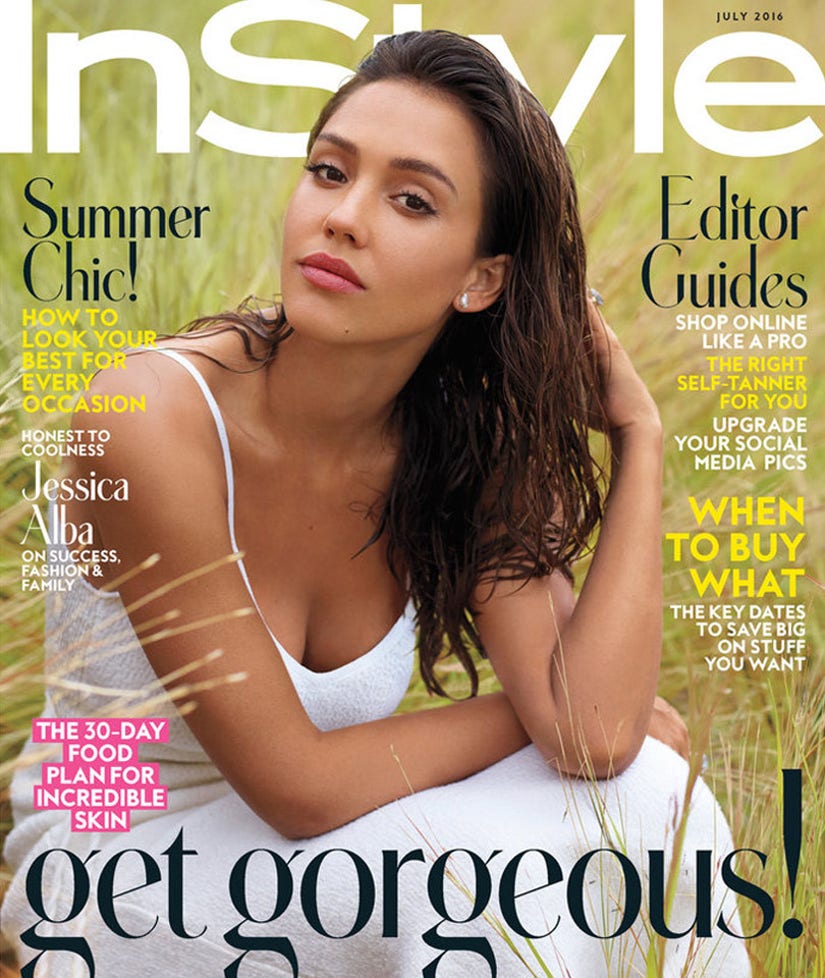 Jessica Alba doesn't want to be defined by her sexuality.

The actress covers the July issue of InStyle magazine, where she opens up about her childhood and being considered a sex symbol.

Alba admits that she was a tough kid to deal with. "I was definitely born different … I loved to challenge authority," she says.

"I was a very difficult child to parent," she adds. "I was hyper. I didn't sleep a lot. And being sick so often and being in and out of the hospital so much made it hard to form relationships."

Very quickly into her career, the now 35-year-old beauty became an object of lust ... a role she wasn't very comfortable playing.

"My sexuality made me very uncomfortable," she admits. "I remember my first Maxim shoot, they were telling me to pose a certain way, and I was like, 'Agh! I'm 19. I'm a virgin. I don't even know how to do that.' It was so awkward."

The Honest Company founder eventually tried to embrace her title as a sex symbol, all along knowing she was destined for more.

"I sort of went through a life crisis," she confesses. "I was like, 'This isn't what I set out to be. I'm so much more than this, but I don't know how not to be a sex symbol.'"

What do you think about the "Sin City" actress' candid comments? Sound off below and check out the gallery above to see more of your favorite teen stars then and now!