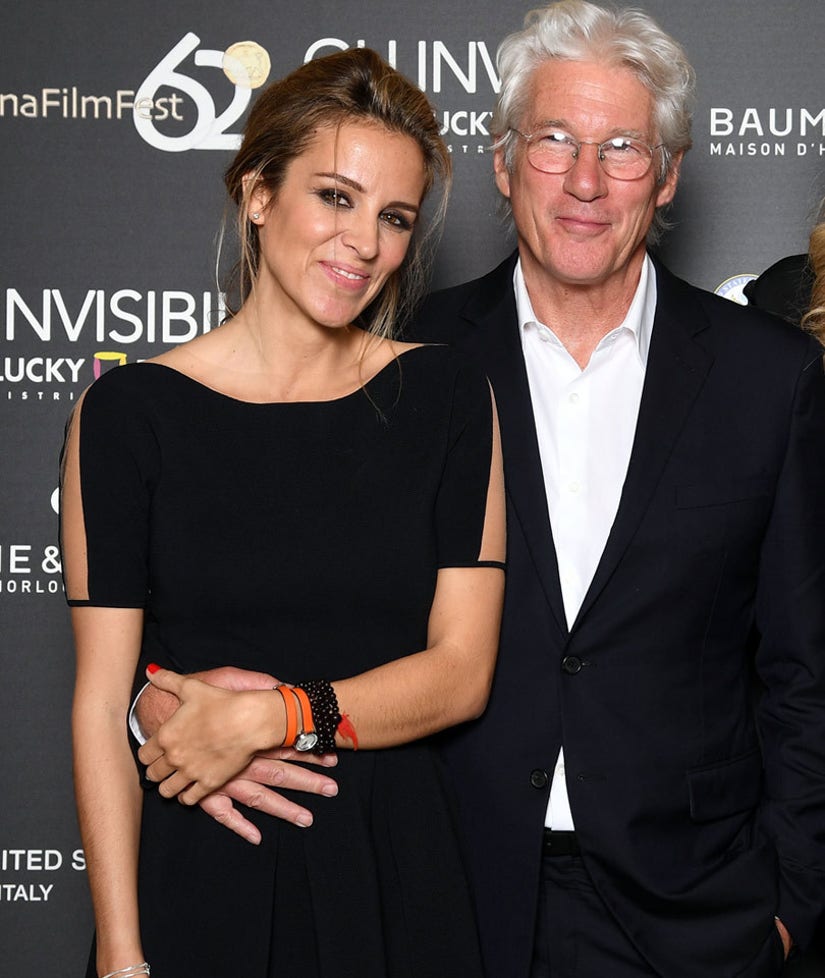 The 66-year-old actor brought his 33-year-old girlfriend to a private dinner to celebrate his film, "Time Out of Mind," in Rome, Italy on Wednesday night.

The Hollywood veteran wrapped his arm around the Spanish socialite's waist as they posed for pictures at the special soiree. He looked as dapper as ever in a black suit with a white shirt as his new love looked beautiful in a black dress with cutouts along the sleeves.

The couple, who is 33 years apart in age, didn't let the photographers stop them from snuggling up to each other at the event.

The pair revealed their romantic relationship during the Taormina Film Festival last June, when they were spotted vacationing together in Italy.

Gere is still in the process of finalizing his divorce from his second wife, model and actress Carey Lowell. They separated in 2013 after 12 years of marriage. He also was married to Cindy Crawford for four years, before divorcing in 1995.

More recently, he was linked to Padma Lakshmi, but they split in October 2014 after six months together.

Alejandra has a son, Albert, from her previous marriage to Govind Friedland.

What do you think of Richard and Alejandra's age difference? Sound off below!