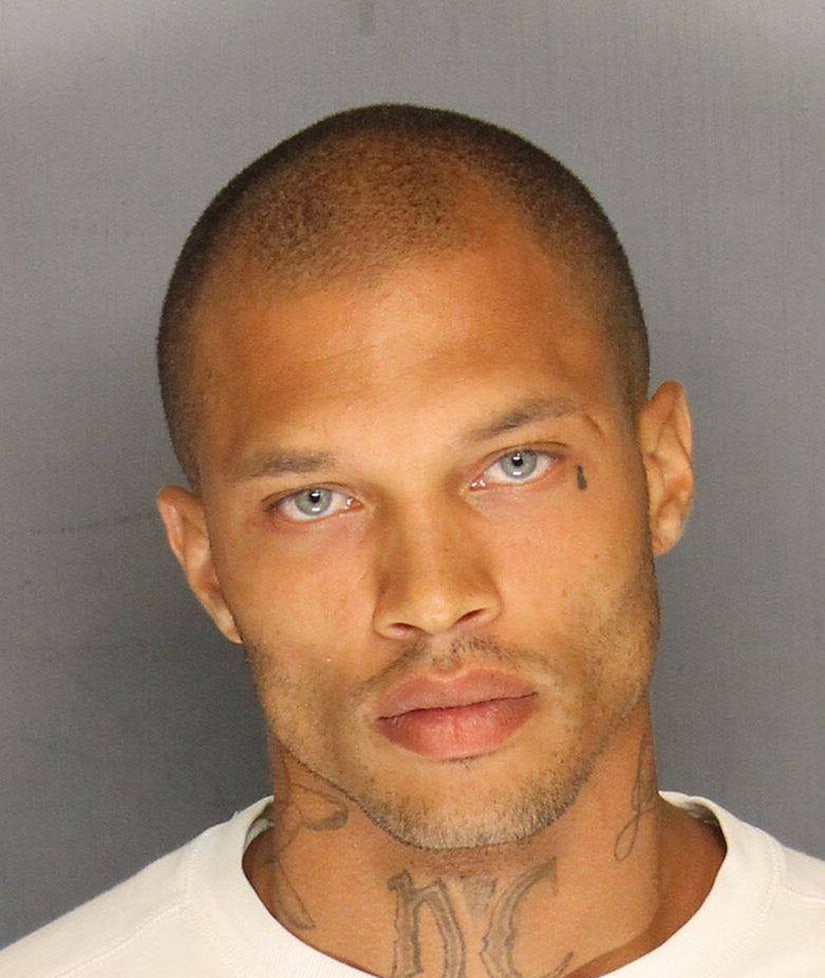 In 2014, Jeremy Meeks became a viral sensation thanks to his dreamy mugshot. Sporting a tear drop tattoo and piercing eyes, the collective Internet went crazy for the guy, despite the fact he checked into federal prison for a weapons charge.

After getting out of the clink earlier this year, he went off the grid for a bit, as he spent time in a "transitional housing facility" following his release ... but now, he's returned to the limelight.

The aspiring model took to his Instagram page last night for the first time in months, releasing a new photo of that has already garnered over 16K likes.

In the pic, we get a fresh look at that infamous face, as he looks into the camera wearing a Warriors hat. "#warriors #dubnation #hometeam," the Oakland native captioned the pic.

While that's all we've got for the moment, we're sure we'll be seeing a lot more of him now that he's returned to social media.

Just don't expect to see him out in public just yet -- we're told he's still under "home confinement" until July.

"I want to thank my family and everybody for all your love, support and prayers," he captioned a photo of himself with his manager, Jim Jordan, back in March. "I'm overwhelmed and grateful for what lies ahead."

At the time, his manager added he has "a lot in store regarding Jeremy's new career" now that he's on the outside. "There are a multitude of offers on the table. Jeremy is humbled and grateful and overwhelmed by the outpouring of love, support, and prayers for him and his family."

Do you think he has what it takes to make it in the modeling biz? Sound off below!