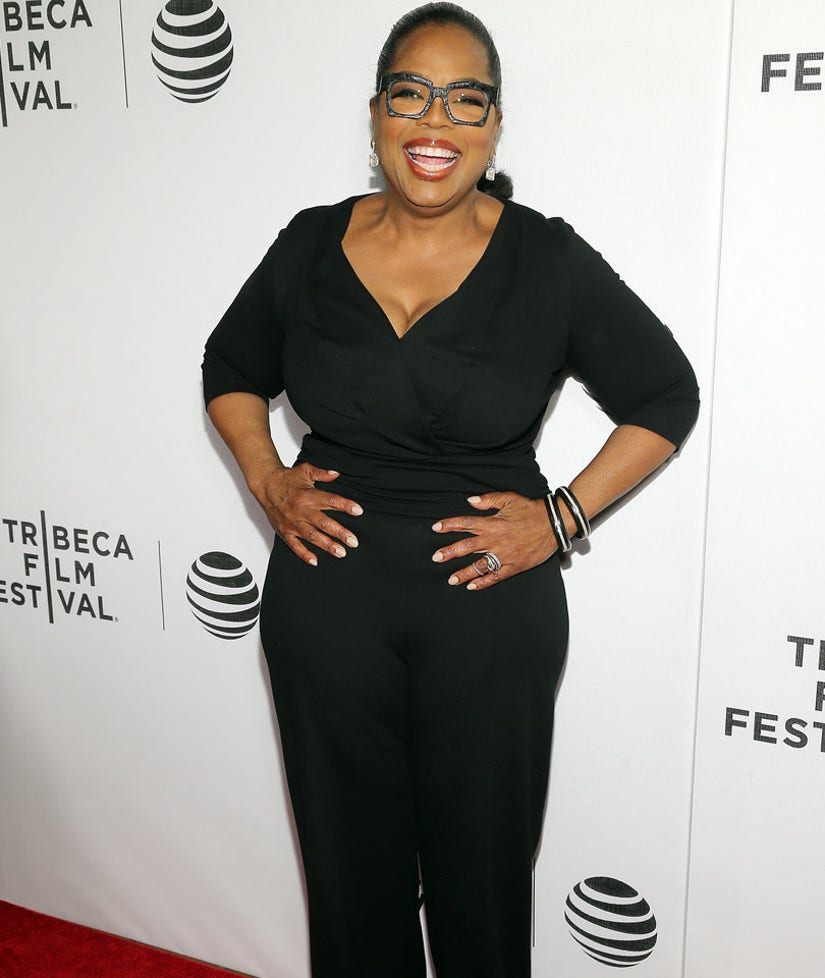 Oprah Winfrey is feeling (and looking) better than ever!

The media mogul got candid during a new interview with Us Weekly about her 30lb weight loss and her new soap opera "Greenleaf."

When it comes to her impressive weight loss, the Weight Watchers spokesperson says she's feeling her very best these days.

"Yesterday, I was in the gym working on my triceps, and I was thinking, just as I did the 50-pound pulldown, I am going to be in better shape by the end of the year than I've ever been in my life," Oprah tells the site. "I really just smiled at the notion: Wow, what a thing."

While it sounds like she's kicking butt in the gym, she doesn't totally restrict herself when it comes to foods she enjoys -- like her love of bread.

"There is a seeded bread that I bring from South Africa. I bring home 10, 20 loaves. I am so bad with this bread," she admits. "I've literally been in hotels and brought my own: 'Please, can you toast this? I have my own bread.' They're like, 'You have your own bread?' And I'll pull it out!"

She likewise has no problem using a few of her Weight Watchers points when it comes to an adult beverage, noting that she'll splurge on Tequila shots or wine.

We'll also get a chance to see Oprah back in the small screen in the new scripted TV series "Greenleaf."

The 62-year-old will be playing a character named Mavis, who runs a jazz bar on the scandalous Memphis-based soap. So why has the "Butler" star decided to come back to scripted television?

"It wasn't about the role, it was about the story," she says. "I love hearing stories, telling stories, sharing stories. I've shared 37,000 on the 'Oprahshow!' Every day I was like the town crier. Now I can still tell stories but use the platform of drama."

And like any good soap, "Greenleaf" is filled with a ton of scandal and a lot of sex. Oprah even says we may get to see a little sexual tension play out between her character and the town bishop.

"Whoo! You wouldn't go there! Aunt Mavis don't want that kind of action!" she jokes. "But there was possibly some action between her and the bishop long ago. That is part of the tension between Mavis and Lady Mae. That will be revealed at some point."

We can't wait to see Oprah's back on scripted TV! What do you think about her candid comments? Sound off below and check out the gallery above to see more celebrity weight loss!