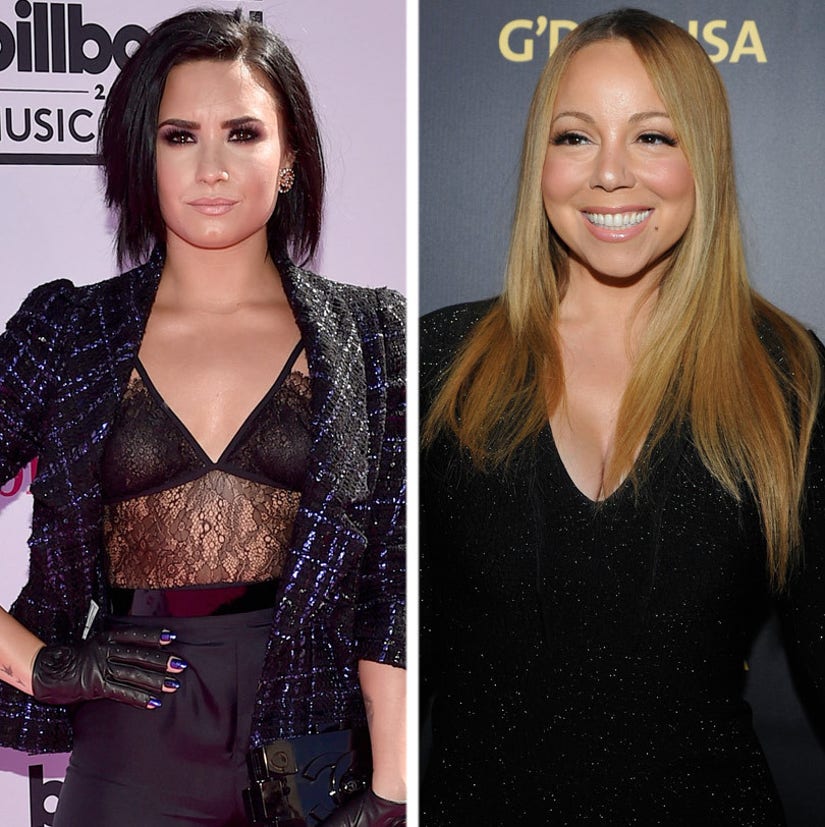 The singer took to Instagram to comment on a meme last night -- and managed to totally diss Mariah Carey in the process.

The Shade Is Real posted a split of Mimi and Ariana Grande on Thursday, with the caption, "when you order it online vs. when it arrives." The photo suggested Grande is an inferior version of the "Emotion" singer.

Moments after the shot was uploaded to the social media site, Demi chimed in. "You got it the wrong way around honey," she wrote, praising Grande as the superior singer. Mariah's fans swiftly went on the attack, filling Lovato's Instagram page with emoji's of lambs, what Mariah calls her fervent followers.

"Mariah is a legend and is so talented but constantly disses people," Lovato reportedly wrote later (and then deleted). "It's nasty the way she treats Jennifer."

Yes, Jennifer, as in Lopez.

By now, it's well known that Mariah clearly has some beef with J.Lo -- after infamously saying, "I don't know her" when asked what she thinks about the fellow pop star.

Lovato then commented on this video of Jenny from the Block reacting to Mariah's diss, using it as an explanation as to why she spoke out.

"This is why I posted what I did," she wrote. "Jen keeps it classy but I'm not afraid to say s---. The woman is mean for no reason. Extremely talented? Yes. Superhuman? Possibly. Unnecessarily rude? Absolutely."

Tell us how you really feel, right?!

What do you think about this pop diva feud? Sound off below!