"The Shallows" star stopped by "The Tonight Show" on Monday, where she opened up about her other half's on-screen nudity while chatting with Jimmy Fallon.

In the comic book flick, Reynolds has some over-the-top scenes with his on-screen love interest, Vanessa, played by Morena Baccarin.

Lively happened to be on a flight where they were showing the movie, along with their daughter James, and it made for an interesting ride.

"I was on a plane with my baby," the 28-year-old told Fallon about how she spent Father's Day without Ryan. "It's kind of torture these days, because I'm on a plane and everywhere I look there's my husband in a sex montage throughout the holidays with another woman – because everyone wants to watch 'Deadpool' on a plane."

"So for 14 hours having your husband have mashed potatoes eaten out of his butthole – because that's in the film. It's lonely, it's a cruel and unusual form of torture," she added. 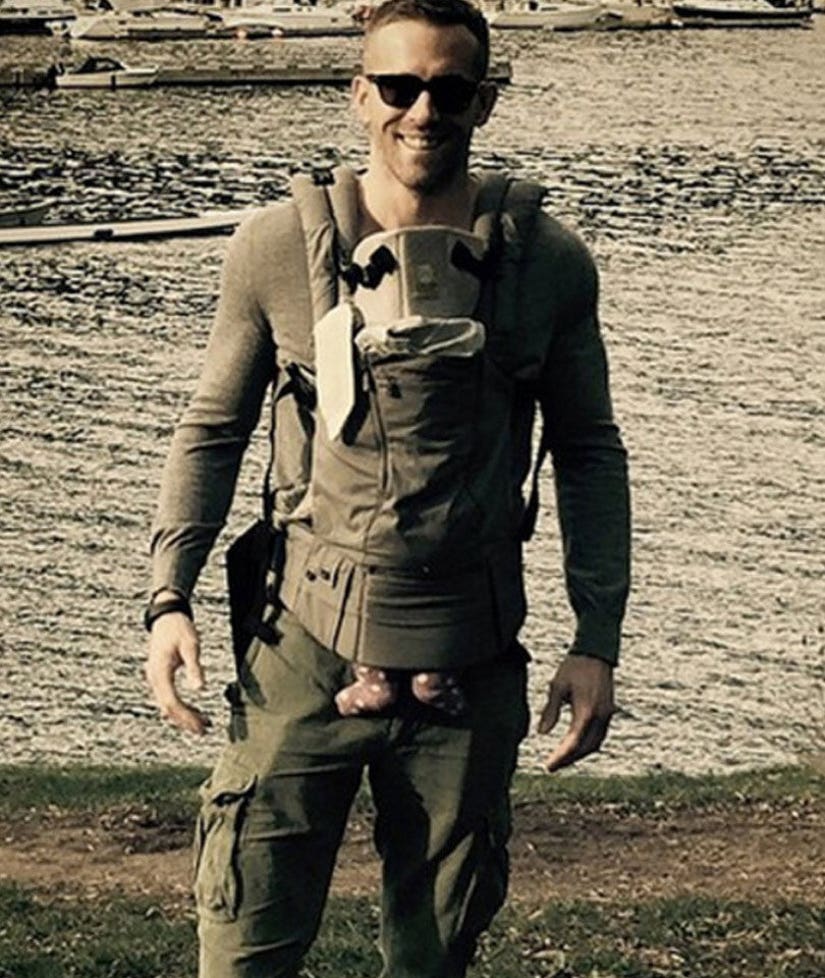 Even their young daughter recognized her famous father during the flight.

"My daughter goes 'Dada' and is hugging and kissing the screen and waving at him and doesn't understand why he isn't waving back," she explained. "Because she thinks it's like FaceTime. But she doesn't understand Dada is getting it with the mashed potatoes."

Though they weren't able to spend this past Father's Day together as a family, Lively -- who's pregnant with the couple's second child -- said they usually make clear their schedules around special occasions and holidays.

What do you think about Blake's candid comments? Sound off below and check out the gallery above to see more cute celebrity kids!