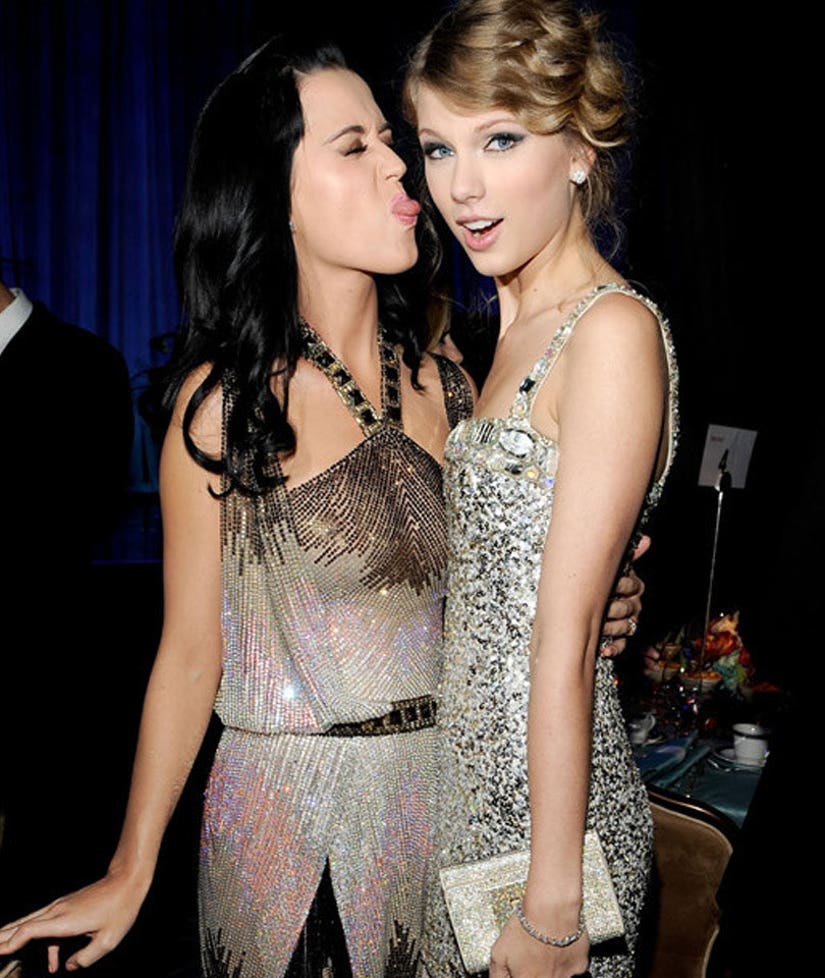 Katy Perry just might have just reignited her feud with Taylor Swift.

The singer sent fans into a frenzy when she revealed the name of her new perfume, Mad Love, which many believe is a direct reference to Swift's "Bad Blood" track.

Taylor herself admitted the single was about another female artist, telling Rolling Stone in 2014, "For years, I was never sure if we were friends or not. She would come up to me at awards shows and say something and walk away, and I would think, 'Are we friends, or did she just give me the harshest insult of my life?'"

Swift added the other singer really crossed the line. "She did something so horrible. I was like, 'Oh, we're just straight-up enemies.' And it wasn't even about a guy! It had to do with business. She basically tried to sabotage an entire arena tour. She tried to hire a bunch of people out from under me. And I'm surprisingly non-confrontational – you would not believe how much I hate conflict. So now I have to avoid her. It's awkward, and I don't like it."

Now that you have the background, we can get back to Katy's perfume.

Mad Love is meant to be a follow-up to her 2015 scent, Mad Potion, so this all might be a coincidence. Or is it?! Sound off in the comment section below!