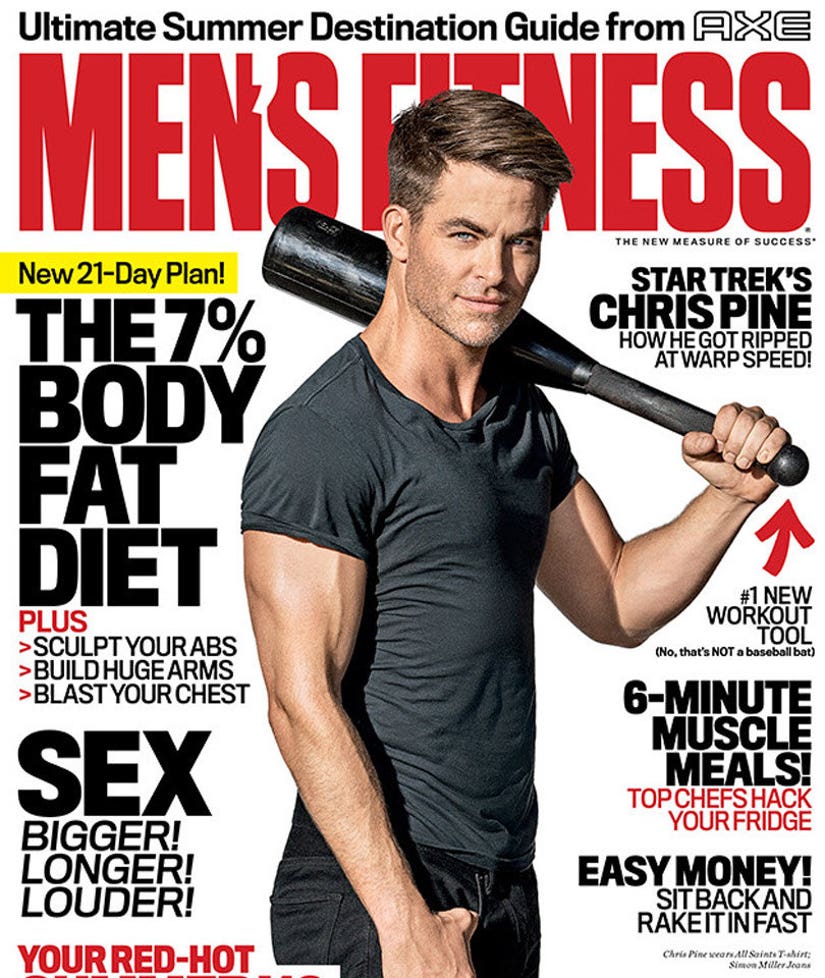 Chris Pine seems to be getting better with age!

The 35-year-old actor is showing off his buff biceps on the cover of the July / August 2016 issue of Men's Fitness -- and damn, he's looking good.

The "Star Trek Beyond" star is clearly in tip-top shape, but he didn't get shredded for his highly-anticipated film by drastically changing up his fitness routine.

Instead, Pine, who'll appear in a superhero film as well when "Wonder Woman" opens next year, enlisted the help of personal trainer Mark Wildman. It was Mark who used giant, heavy, metal bats called "Clubbells" to whip him into shape.

"Before this, I was doing pretty traditional weightlifting," he explains. "With this workout, all of a sudden you start to float more. Even my friends used to make fun of the way I walked. I was walking in this rigid way, and it had a lot to do with having been an insecure kid trying to move protectively. Now, my body is moving in a more healthful way. It's because of Mark's process."

See Chris in action when "Star Trek Beyond" hits theaters on July 22.