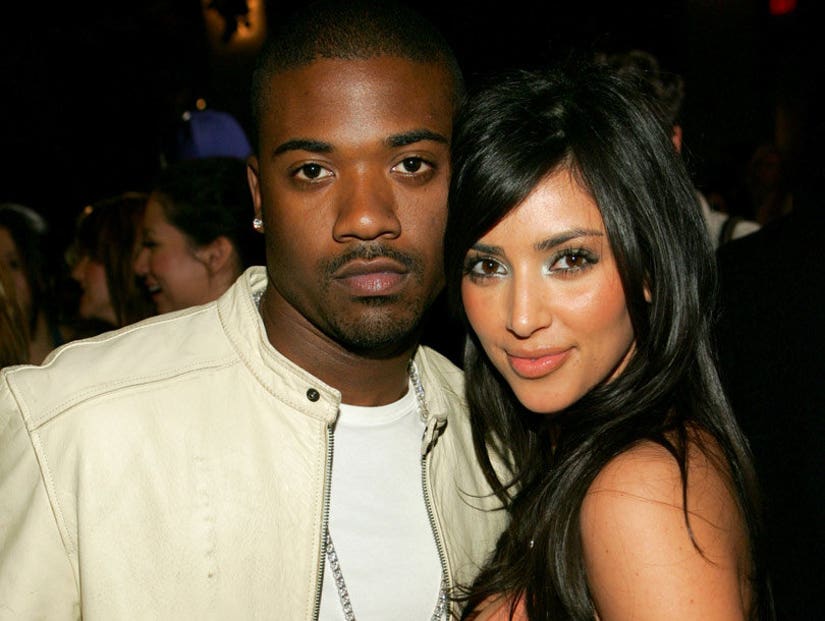 Kanye West is causing some serious drama for Ray J.

Kim Kardashian's ex was one of the stars featured in her hubby's new music video for "Famous," which showed Ray J's likeness alongside doubles of Taylor Swift, Donald Trump, Amber Rose, Rihanna, Bill Cosby and more nude on a bed.

Suffice to say, neither Ray J or his fiancee, Princess Love, are thrilled about his inclusion.

"Man, I'm just trying to stay positive," Ray J told ET of the music video at the BET Awards last night. "I'm engaged. My marriage is all messed up 'cause of craziness. I'm not part of nothing crazy."

"I walk down a good path. My fiancee tripping. It's all bad in my world, and that ain't cool," he added.

While Ray J famously co-starred in Kim's 2006 sex tape, he's trying to put the past behind him.

"Don't put me part of nothing that's weird, that don't make no sense," he added. "Can I grow up?"

Ray J opened up about his reaction to the tape in his 2012 tell-all book, "Death of a Cheating Man."

"I thought [my career] was literally over as I saw it," he revealed. "At the time, I thought my life and money might be over because you can't be respected once you go into a certain world that involves sex."

Of course, that didn't happen ... and it only helped him become a bigger name.

What do you think of Kanye including Kim's ex in his latest video? Sound off below!