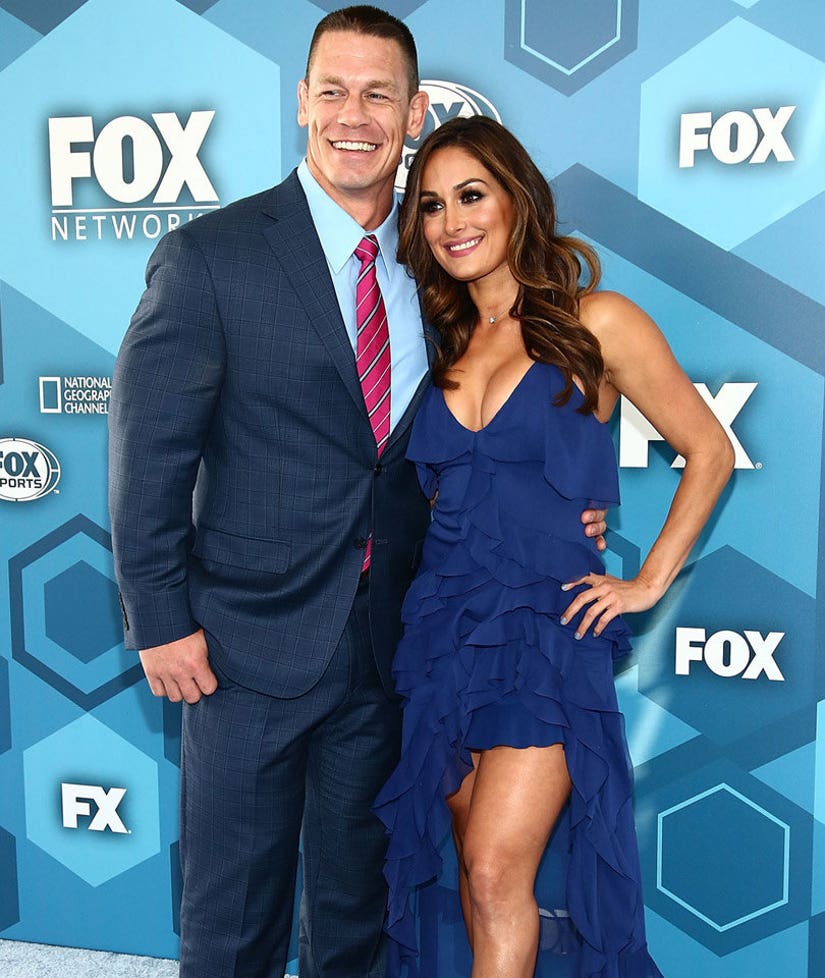 Nikki Bella is getting candid about her relationship with boyfriend John Cena!

The WWE Diva star appears in the new issue of Latina magazine with her sister Brie Bella, where she opens up about her WWE beau.

While we've watched Nikki and John's relationship grow on "Total Divas," the brunette beauty says she was definitely met with some harsh criticism when they started dating.

"People thought I was such a gold digger," she says about her relationship with the pro-wrestler. "Because my man is handsome and successful, that makes me a gold digger? First of all, I pay my own bills and I still pay my own bills. But if your man is gonna give you a gift, you're gonna accept it. I'm not gonna be like, 'No, can you please take back the Louis Vuitton purse?' Absolutely not."

After four years with John, Nikki is eager to tie the knot ... even though the "Trainwreck" star has said he doesn't want to get married again. Nevertheless, Nikki says marriage is still very much on her mind and John is finally starting to budge.

"Marriage fever," she says. "I have to remind him when I get hit on, 'I got hit on because no one saw a ring.' The good thing is, he's more open to marriage now—kids, unfortunately, no."

But the 32-year-old says it's all relative. "When I envision having my life without John, it hurts more than having a life without kids."

Even though it doesn't sound like kids are in her future, the WWE Divas Championship stunner says she's excited to make one helluva comeback in the ring -- and not even her recent neck injury and her resulting surgery will stop her.

"I want to have the comeback of a lifetime," she declares. "As long as I work smart, I know I can get back in that ring and do some damage."

What do you think about Nikki's candid comments? Sound off below and check out the gallery above to see more gorgeous celebrity couples!