The Kardashian family is trying to put on a united front.

In a sneak peek of Sunday's all-new episode of "Keeping Up with the Kardashians," Kim, Khloe and Kourtney confront Rob Kardashian about his surprise engagement to Blac Chyna.Check out the clip above to see Rob's heated reaction!

"You obviously know what happened based on social media, but everything that happened I'm very happy about," Rob tells his sisters in the sneak peek.

Khloe and Kourtney pretty much keep quiet as Kim lays into her baby bro about the way the engagement went down.

"It happened spontaneously so that's why you guys weren't in the loop," he explains. "I just didn't know when and it just ended up happening."

"We want to be honest with you, we felt like we should have at least got a text saying 'Hey guys, I know you guys are seeing this on social media. It's true,'" Kim explains. "People were asking us and we don't even know if it's true."

"If you guys were really concerned and wanted to know, you would have said 'Is this true? Congratulations you just got engaged.' Obviously, you think I am just going to pull some fake sh-t because I am a media whore? Never in my life," Rob declares. 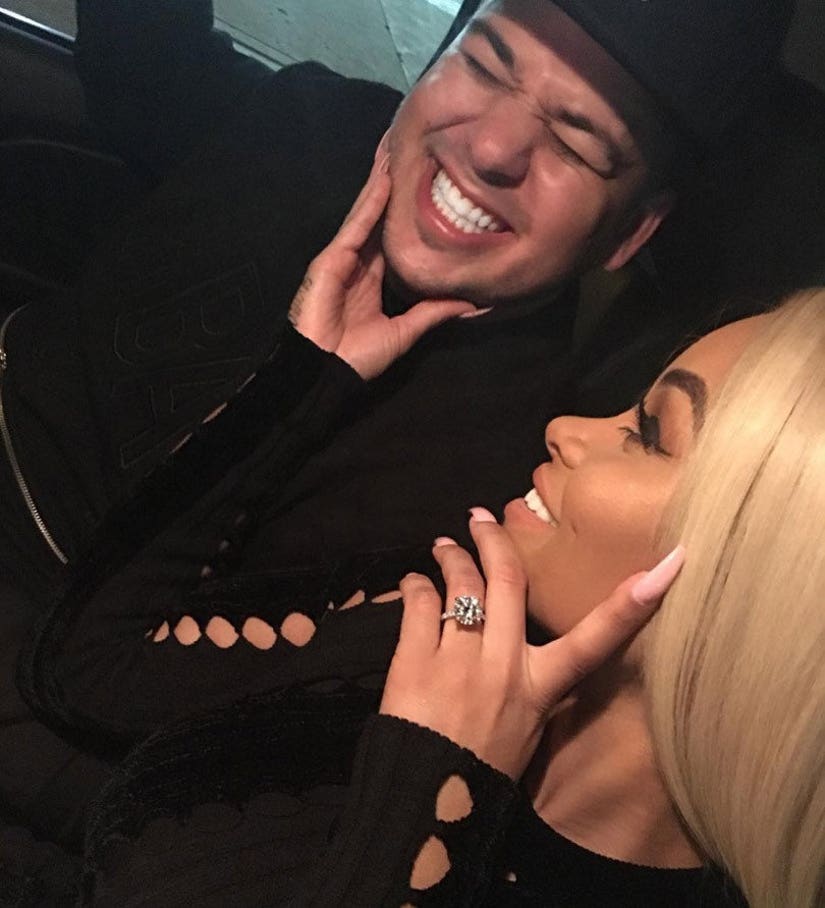 "This is the first time I have ever proposed to someone in my life! What would I joke with that? I would never joke with that," he shouts. "It's a two-way street, you guys could have picked up the phone and called me. And no, I am not going to talk to you guys when you're in a room with Tyga and on a ski trip!"

"You act like I am supposed to call you guys and say this and that when you hate this girl," he adds.

"We love you!" Kim says. "So we would have appreciated that. And we're happy for you!"

It definitely sounds like the sisters are upset Rob didn't include them in his proposal plans.

The 29-year-old popped the question to Chyna -- who shares a child with Tyga ... who's also dating Rob's sis Kylie Jenner -- after just three months of dating in April, while surrounded by her family. The pair shared the big news with a photo of Chyna's ring on Instagram.

While the Kardashians didn't comment immediately on the news, Chyna got some instantaneous support from her BFF Amber Rose, who's also Kanye West's ex-girlfriend.

"Congratulations to my Family @blacchyna and @robkardashian!!! Pease don't let nothing or no one tear u guys apart," she posted on Instagram. "I never seen my sis so happy and I couldn't be more happy for her! Sometimes we find love in the strangest places Lol God Bless you 2! Now let's get this wedding together so y'all can start making some babies #TrueLove #putaringonitsouknowitsreal #BlacRob."

Make sure to check out the clip above to see how the proposal went down and if they come to some kind of resolution. What do you think about Rob's sisters' reactions? Sound off below and check out the gallery above to see more engagement bling!