Alexander Skarsgard isn't quite ready to settle down.

The "Legend of Tarzan" star stopped by "Watch What Happens Live" on Thursday, where he was asked by a caller if he plans to marry girlfriend Alexa Chung in the next year.

When a caller asked if the tabloid rumors were true that he's planning to propose to Chung, his girlfriend since 2015, the question definitely caught the notoriously private star off guard. 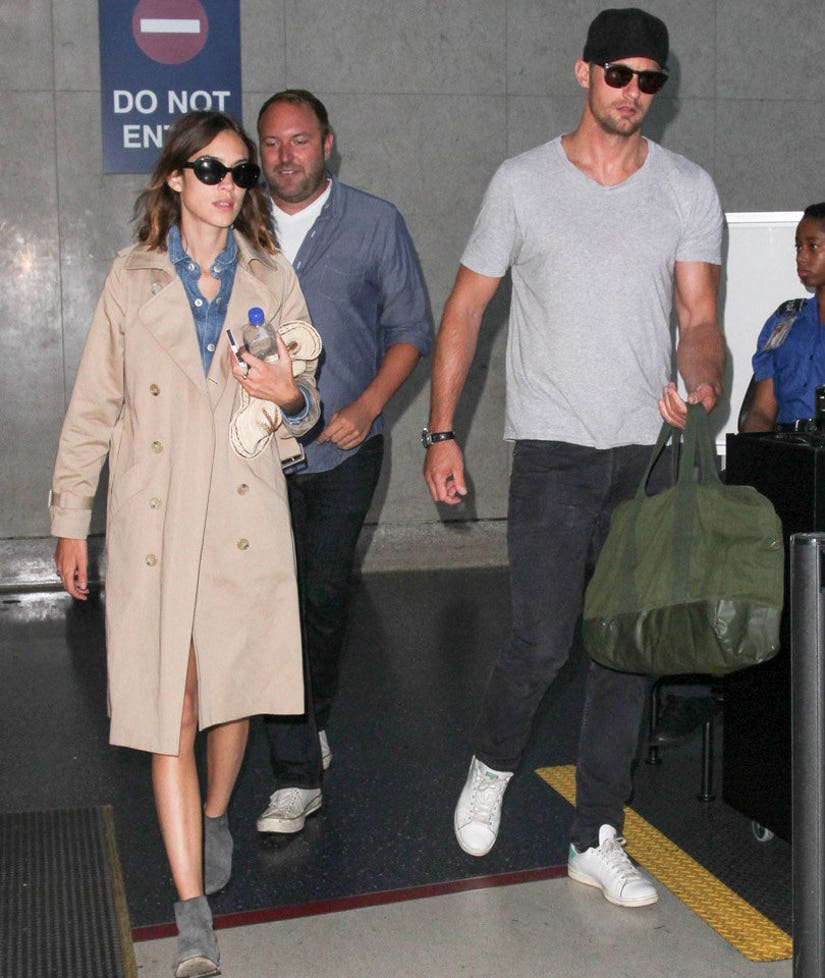 Andy Cohen followed up the caller's question with a more direct approach. "Are you getting married in the next year?" he asked the Swedish stud.

"Not that I know of," he said. "But if it's in a gossip magazine, I guess it's probably true, so I better get started."

Later on the show, Aubrey Plaza -- who was also on the show to promote her new movie "Mike and Dave Need Wedding Dates" -- was put in the hot seat as well during a game of "Plead the Fifth."

Check out the video above to see if the "Parks and Recreation" star has ever "swam in the lady pond," as she also reveals who she'd like to hook up with on screen!

What do you think about "True Blood" star's reaction to marriage? Sound off below and check out the gallery above to see more sexy stars!