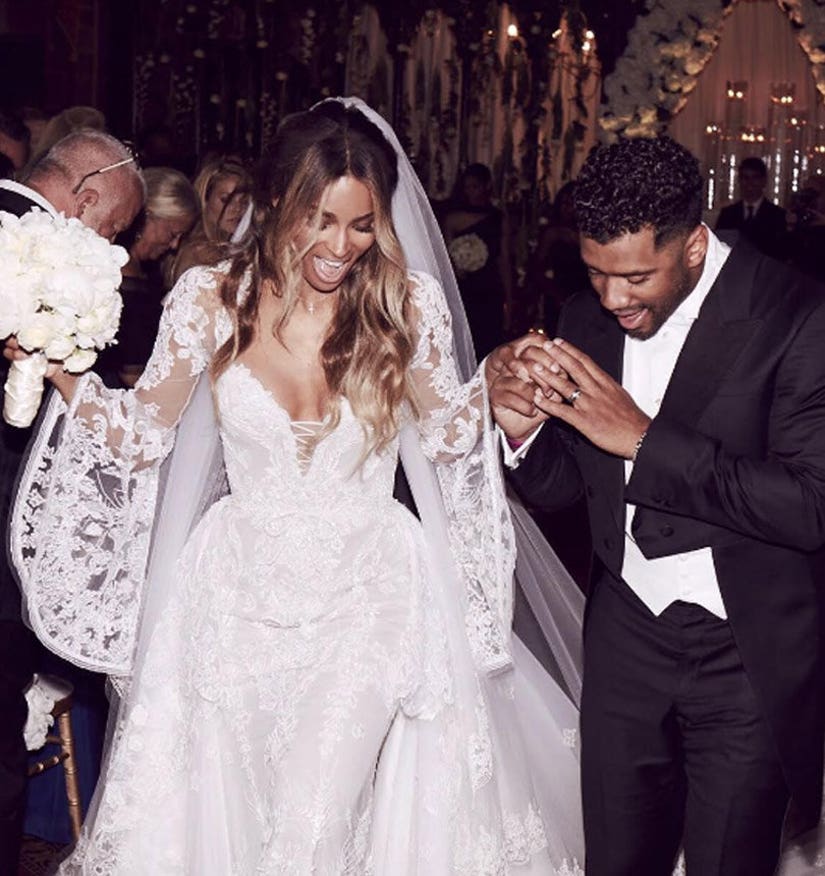 The wait is over for Russell Wilson and Ciara -- because they just tied the knot!

The couple got married earlier today at the Peckforton Castle in Chesire, England while surrounded by 100 of their closest friends and family, according to TMZ.

The groom shared the first photo from their nuptials, writing, "We are The Wilsons!" In the photo, the bride looks absolutely gorgeous in a white gown with lace applique, a bodice that laces up the front and sheer sleeves. The stunning Roberto Cavalli couture dress was designed by Peter Dundas.

According to the fashion house, "the unique bridal creation is composed of white silk tulle, fully embroidered with floral motifs throughout, and delicate glass beading, covered entirely with precious Chantilly lace appliqué."

According to another press release, the groom wore a "Giorgio Armani Made to Measure black six-button peak lapel set of evening tails trimmed in silk grosgrain, along with a white pique vest, a classic white wing collar formal shirt and a bow tie."

Both Jennifer Hudson and Kelly Rowland attended the event.

This is the second marriage for both. Wilson was previously hitched to his high school sweetheart, Ashton Meem, while Ciara shares a son with ex-husband Future.

The couple's relationship made major headlines when they announced they were going to abstain from sex until they said "I do." "If you can love someone without that, then you can really love someone," the Seahawks QB reportedly said in July 2015.

"It's until the deal is sealed! Absolutely," Ciara later explained on Access Hollywood Live. "It was an organic thing for him and I think he was just being honest about where we are."

"I think both of us look at each other and we're like – whew," she joked. "But we take it one day at a time and keep it going with each other, and I'm really enjoying every day that we're sharing." 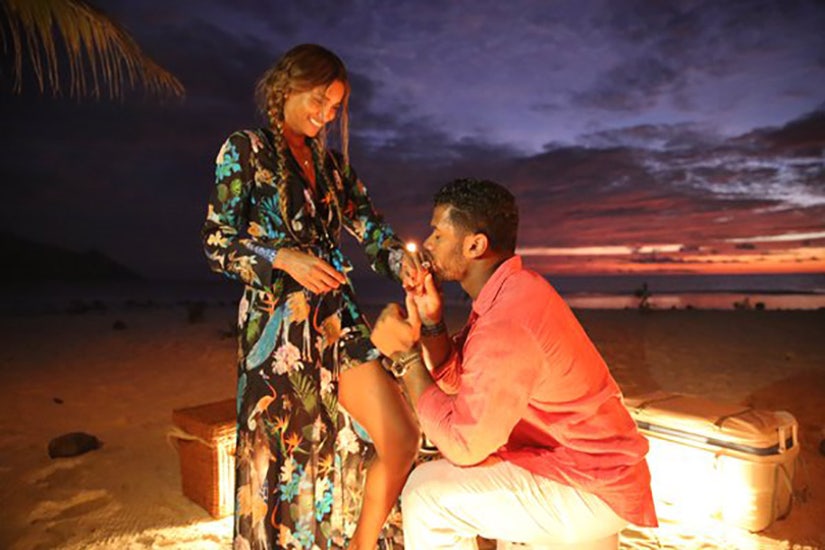 The lovebirds got engaged in March of this year, when Wilson popped the question at "Honeymoon Beach" on North Island in Seychelles. The ring was reportedly 16 carats.

We can't wait to see more wedding pics from these two -- congrats to the happy couple!