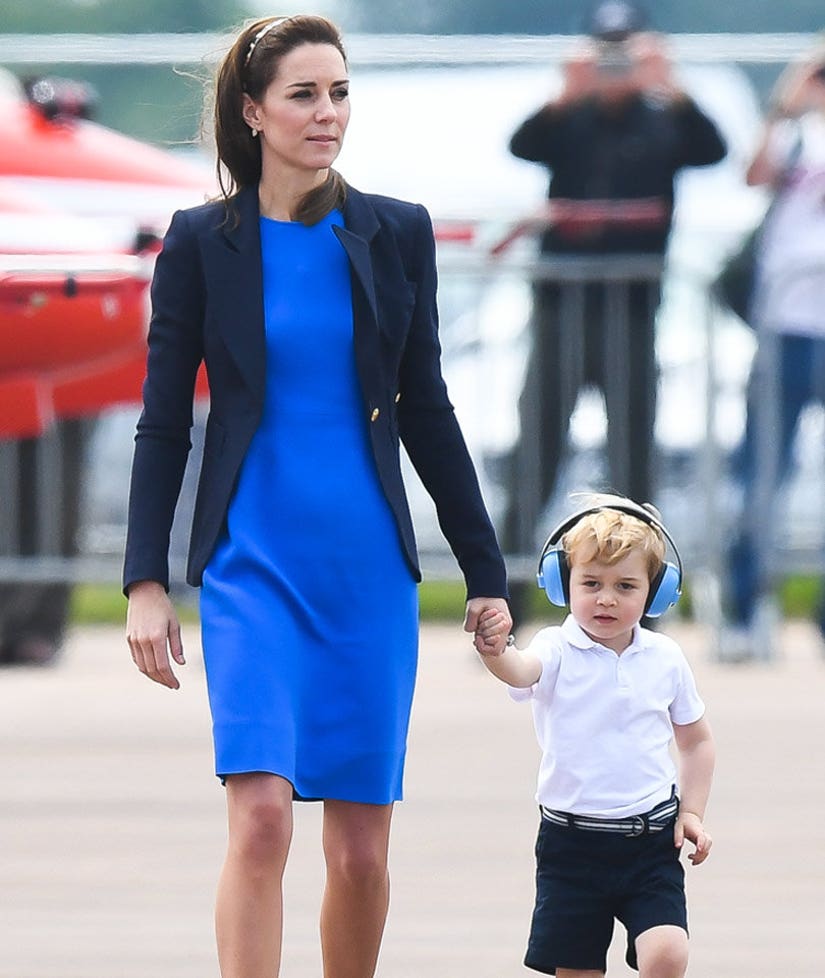 Prince George was the most adorable helicopter passenger at the Royal International Air Tattoo at RAF Fairford, Gloucestershire on Friday.

The 2-year-old tot attended the event with his parents, Kate Middleton and Prince William, and the trio was snapped taking a tour of the world's largest military show, which features 247 aircrafts from 19 countries.

George looked all grown up for the fun affair, wearing a white shirt and navy shorts while wearing protective headphones. The Duchess of Cambridge looked chic in a knee-length royal dress and navy blazer, as the Duke coordinated in a blue jacket and khaki pants. The little royal even got to hitch a ride in the Red Arrow Hawk and Royal Air Force Squirrel helicopters after meeting with 1,500 Air Cadets.

"I'm particularly pleased for the 1,500-plus Air Cadets who'll be on site either helping us run the airshow or taking part in the 75th celebrations and for the 2,000-plus volunteers who work so hard to make this amazing event happen," Andy Armstrong, the Chief Executive of RAF Charitable Trust Enterprises, said. "To have the Duke and Duchess of Cambridge with us effectively rewards all their efforts with a Royal stamp of approval."

Can't get enough of George? We don't blame you! Click through the gallery at the top to see how much he's grown.